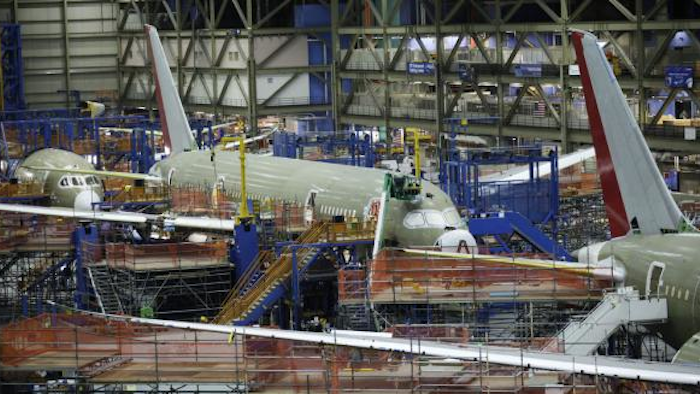 American announced Friday that it will take the planes in 2017 and 2018 instead of 2016. American took delivery of its third 787 on Friday but has not yet used them on passenger flights. It plans to put the first one into service next month on flights between Dallas and Chicago, then use 787s on international routes starting in June.

Boeing spokesman Doug Alder said the company often works with customers like American "to adjust delivery schedules that benefit them and Boeing."

News of the delay surfaced a day after United Continental Holdings Inc. announced that it would change an order to take 10 Boeing 777-300ER jets instead of 787s. United already has several 787s, and executives said they like the plane but wanted the bigger 777 for some routes.

Alder said Boeing works with airlines to meet their changing needs and was pleased that United picked the 777-300ER.

The 787, which Boeing Co. calls the Dreamliner, is made largely from lightweight carbon material to save on fuel. The planemaker disclosed this week that it is still losing money on the jet but hopes to begin breaking even on each delivery later this year. Meanwhile, United's switch to the 777 will help Boeing fill out orders for that plane before the introduction of a successor model around 2020.