A Dutch airliner is flying from New York to Amsterdam on a fuel mix that includes leftover oil from frying Louisiana's Cajun food. The KLM flights from Kennedy Airport are powered by a combination of 25 percent recycled cooking oil and 75 percent jet fuel. 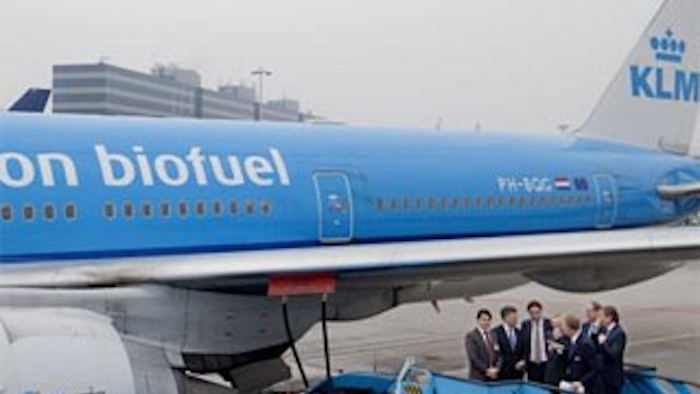 NEW YORK (AP) — A Dutch airliner is flying from New York to Amsterdam on a fuel mix that includes leftover oil from frying Louisiana's Cajun food.

The KLM flights from Kennedy Airport are powered by a combination of 25 percent recycled cooking oil and 75 percent jet fuel.

After the first such flight Friday, the concept will be tested on 24 round-trip trans-Atlantic trips every Thursday for the next six months.

KLM executive Camiel Eurlings jokingly told the New York Post (http://bit.ly/13LZ2ec) that "it smelled like fries" while the plane was being fueled.

The waste oil from frying up crawfish, cracklins and other Cajun specialties is refined at a Louisiana plant, then trucked to JFK.