Basically, no matter how viral their robots may be, Boston Dynamics still needs to make money. 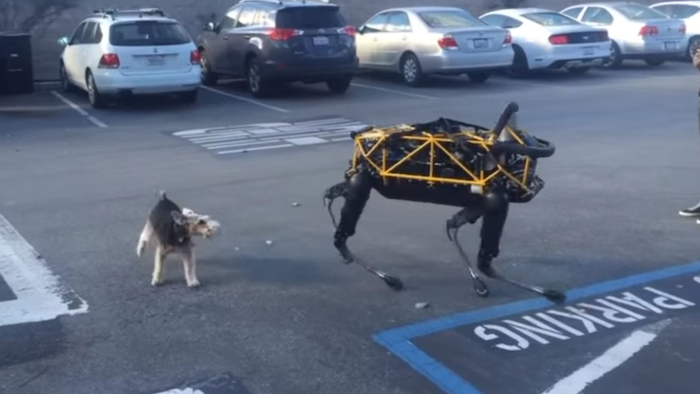 Google's parent may be divesting itself of the Boston Dynamics robotics group, according to Bloomberg. Boston Dynamics is known for both humanoid and dog- or cheetah-like walking robots, which have been the subject of several viral videos and are capable of walking on rough terrain and carrying heavy loads.

Bloomberg cited anonymous sources familiar with the case, saying that Google’s overarching company Alphabet Inc. did not feel that Boston Dynamics was “likely to produce a marketable product in the next few years.”

Basically, no matter how viral their robots may be, Boston Dynamics still needs to make money.

The Big Dog robot seemed destined for a role in the United States military, but its engine was deemed too loud. Its successor, the smaller Spot, included measures to reduce the noise but was not autonomous enough to serve the purpose the military originally planned for it.

Internal discussions indicate that Boston Dynamics’ long-term planning was not considered profitable enough. Emails about changes within Boston Dynamics and Replicant, a robotics initiative built around hundreds of Google engineers, were unintentionally made visible to Google employees in November of 2015. These stated that the Replicant group needed to invest only in projects that would bear fruit within “a few years.”

Internal emails also said that Boston Dynamics had good press but that the robots were sometimes seen as “terrifying,” or as threats to people’s jobs.

One of the Bloomberg sources reported that the Toyota Research Institute under Toyota Motors and Amazon.com were among the front runners in the businesses that could purchase Boston Dynamics. Amazon is working on developing robots for use in its warehouses.

Boston Dynamics has been part of Google since 2013.