The creator of the innovative football helmet that performed best in NFL testing the last two years is taking its concussion-reducing technology from the playing field to the battlefield. 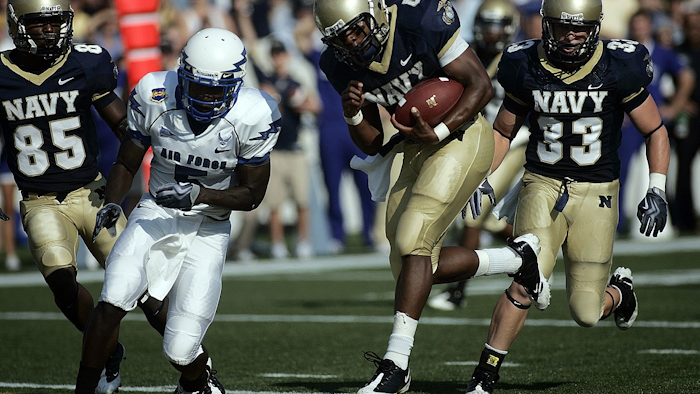 The creator of the innovative football helmet that performed best in NFL testing the last two years is taking its concussion-reducing technology from the playing field to the battlefield.

VICIS, maker of the Zero1 football helmet, is partnering with the U.S. Army to research ways to reduce head injuries in the military through a development grant announced Tuesday.

"This aligns with our mission and it allows us to protect those who have signed up to protect us," Marver told The Associated Press. "The technology remains in development, but it's very promising and we're hopeful it will make a big difference in the lives of our servicemen and women."

Today's combat helmets are designed primarily for ballistic protection and shielding from gunfire and shrapnel. But a 2013 Congressional Research Service report showed that four out of every five traumatic brain injuries in the military are caused by blunt impact in training and other non-deployed settings.

"The main thing is the current combat helmets are ... not optimized for blunt impact protection and that's what football helmets are designed to do, protect against blunt impact," Marver said. "And so what we're doing rather than working to replace the shell of the combat helmet, which is good at ballistic protection, we're actually replacing the inner padding, which is currently just foam."

Marver said medical staff at Joint Base Lewis-McChord south of Seattle first reached out to him in 2016 after hearing about the work his company was doing with the Seattle Seahawks and asked if VICIS could adapt its technology to improve combat helmets.

"We founded the company to build a better football helmet, but fundamentally our strength as a company is developing these impact-mitigating structures," Marver said. "And the military initiative kind of came about organically because the Army reached out to us to see if we could take this football helmet technology and improve the combat helmet. So, most startup companies you have to stay focused and get your initial product out, but we felt so strongly about the need to better protect warfighters."

Marver assembled a team of engineers to work on the military project, and "I would say it's going to take a year or two before this would potentially reach warfighters and be deployed."

Introduced last year, the Zero1 is the first football helmet to account for rotational as well as linear impact. Scientific studies have indicated that rotational impact has more correlation with concussions.

Laboratory testing showed that the VICIS Zero 1 models of 2017 and 2018 rate best for player safety. Last month the NFL for the first time banned a number of helmets that were deemed inferior to many of the 34 helmets the NFL and the players' union examined.

"VICIS has demonstrated great results in their football helmets, and we look forward to continuing those types of results with the unique blunt impact requirements of combat helmets," said project manager Benjamin Fasel, a mechanical engineer at the U.S. Army Natick Soldier Research, Development and Engineering Center.

In 2017, 75 players on 18 NFL teams used the helmet. About 200 players representing all 32 NFL teams are expected to use the lighter Zero1 this season, as are players from more than 80 colleges and 500 high schools, Marver said.