Robots that can weld, lift and bolt are being developed to help bridge labor shortages at Japanese construction sites, though their use will be limited to night shifts when no human workers will be nearby due to safety and regulatory concerns. 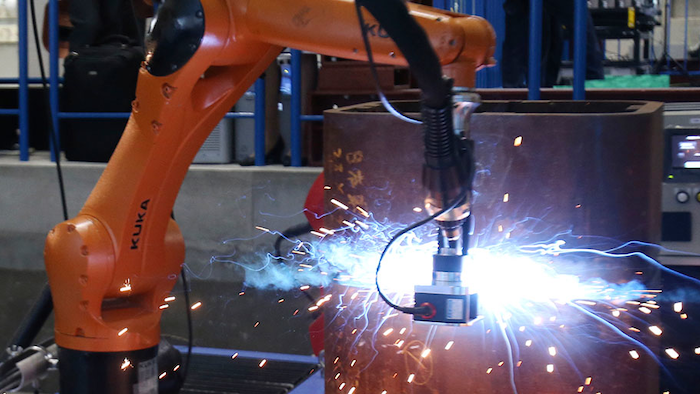 TOKYO (AP) — Robots that can weld, lift and bolt are being developed to help bridge labor shortages at Japanese construction sites, though their use will be limited to night shifts when no human workers will be nearby due to safety and regulatory concerns.

Major Japanese construction company Shimizu Corp. showed off several robots Monday, including one already in use at construction sites that picked up a big pile of boards and took them into an elevator.

The Robo-Welder and Robo-Buddy, with twisting and turning mechanical arms, will be deployed at construction sites later this year, the company said.

Japan's construction sector is booming but contractors are struggling to fill labor shortages — a problem playing out in other parts of the world, including the U.S. 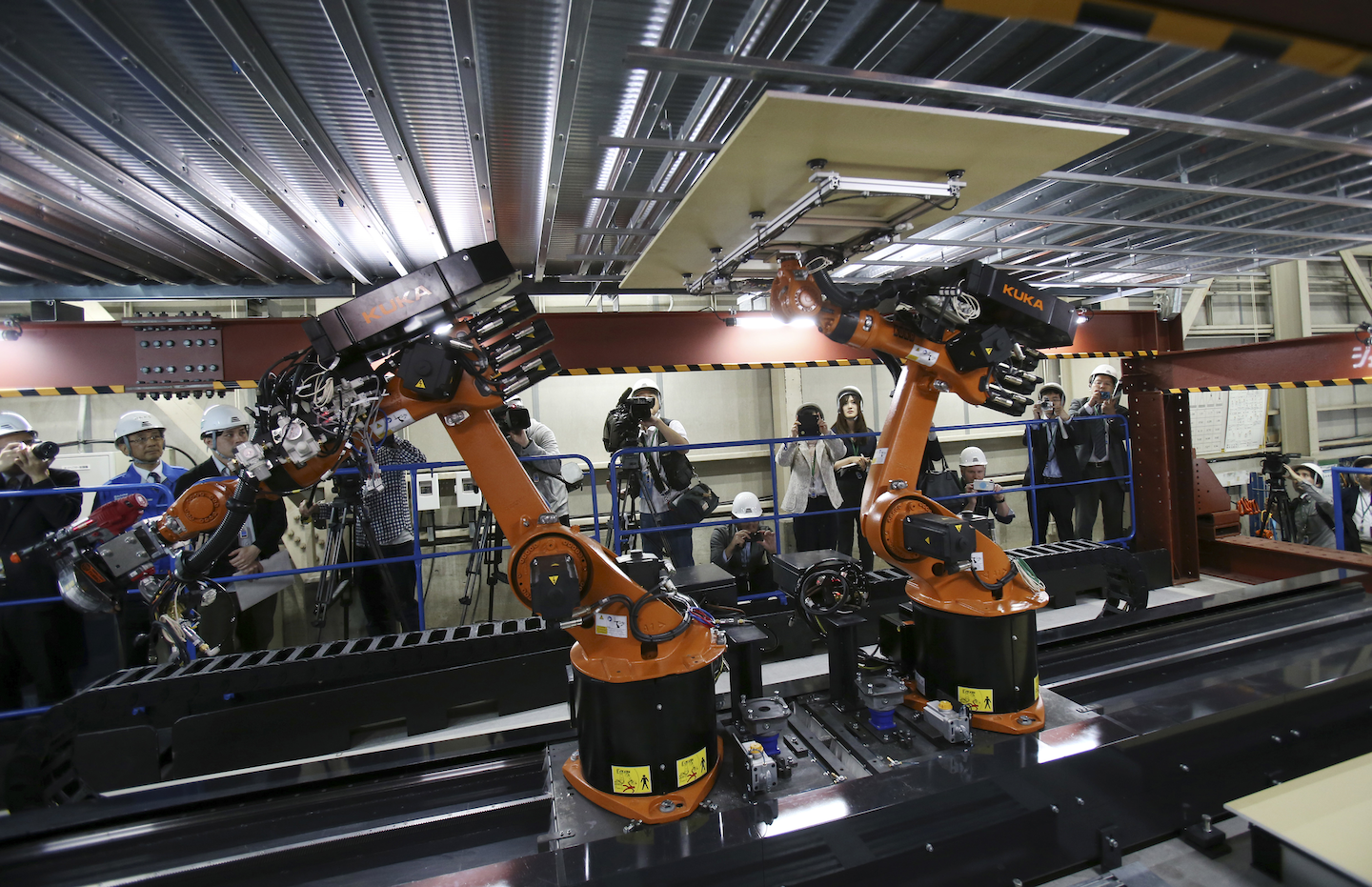 Shimizu Corp.'s Robo-Buddy is demonstrated during a press tour to the major Japanese construction company's robot laboratory in Tokyo, Monday, April 23, 2018. The Robo-Buddy is a multipurpose robot that handles construction work for ceilings and floors. Shimizu showed several robots that can weld and bolt, being developed for construction sites for safety for workers. (AP Photo/Koji Sasahara)

The robots demonstrated at a Shimizu test facility in Tokyo can reduce the number of workers needed for each of the tasks they carried out to about a third or a fourth of what's required today.

But construction work is so varied, delicate and complex that the robots are able to handle just 1 percent of overall construction work, according to Masahiro Indo, Shimizu's managing executive officer, who oversees construction technology.

Trying to raise that to even 10 percent is a major challenge and might be too costly, he said.

Robotics are common in manufacturing sites, such as auto plants, but those machines are stationery and carrying out the same task over and over, often in sterile and enclosed environments.

Robots used in construction sites have to move around. Although much of what they may do is repetitive, they still have to respond to uneven floors and zigzagging routes, depending on a building's design.

Shimizu says it is developing its own artificial intelligence systems, using robots made by Kuka Robotics of Germany.

If they work successfully, the robots could help reduce safety risks and long hours for construction workers.

Shimizu showed that, in a typical task, a worker must use one arm — and his helmeted head — to hold up a board and hold bolts in his mouth while using his other arm to bolt a board in place using a hand-held machine.

Robo-Buddy made that look easy. It used suction cups to pick up a board and sensors to place it exactly where it belonged as a mechanical arm swerved around and bolted the board in, moving from spot to spot.

Using robots makes sense in urban construction, where buildings are high-rise and the same work is repeated on each floor.

In Japan, where the birth rate has been declining for years, the workforce has also begun to shrink. Many construction workers are older, and contractors are having a hard time attracting young people, Indo said.

There were about 3.4 million construction workers in Japan in 2014. That's expected to shrink to 2.2 million by 2025, according to Shimizu Corp.

Most work on robotics has focused on entertainment and companion robots, such as SoftBank Corp.'s Pepper and Toyota Motor Corp.'s Kiribo Mini. But officials have made developing robots for other uses a national priority.

Toyota also is working on robots that might be used for construction, such as the human-looking T-HR3 and a scooting human-support robot.

In the U.S., Construction Robotics has developed a bricklaying robot.

Shimizu, which is involved in a number of overseas projects, said it was looking into exporting the robotics technology, but no decision has been made yet.