Elon Musk had an interesting weekend. 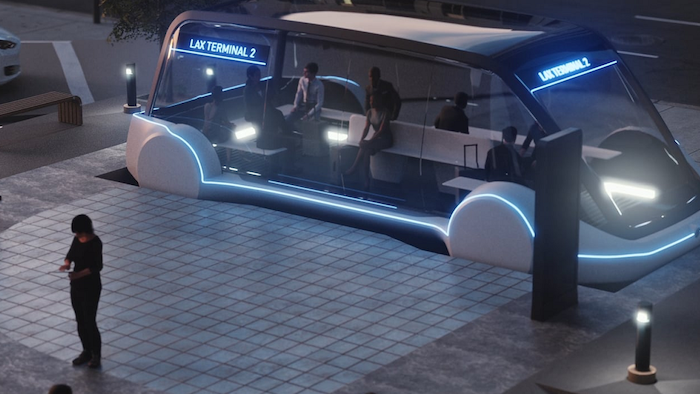 Elon Musk had an interesting weekend. He proposed a test of a Mars rocket in 2019 in a presentation at SXSW, and on Twitter on Friday night announced a change to the tunnel transportation plan built by his side project called the Boring Company.

Instead of cars traveling along an underground route on electric sleds, the new concept is more focused on transporting people in pods similar to monorail cars. Musk said, "It's a matter of courtesy & fairness. If someone can't afford a car, they should go first.”

Musk says the proposed “urban loop system” could differentiate itself from existing public transportation by having small stations placed more frequently rather than large stations at key points like a subway. The initial promotional video shows how the proposed “thousands” of stations situated aboveground would work. Each stop serves as a dock for one of the cars, which carries passengers into the underground system inside a cabin with an open plan.

The Boring Company was established after Musk mused about the heavy Los Angeles traffic and planned an underground alternative. The company has “verbal approval” to build a hyperloop route from Baltimore to Washingon, D.C. as of last July, although it may have a long way to go in order to gain all the necessary approvals and permits and begin to produce something viable.