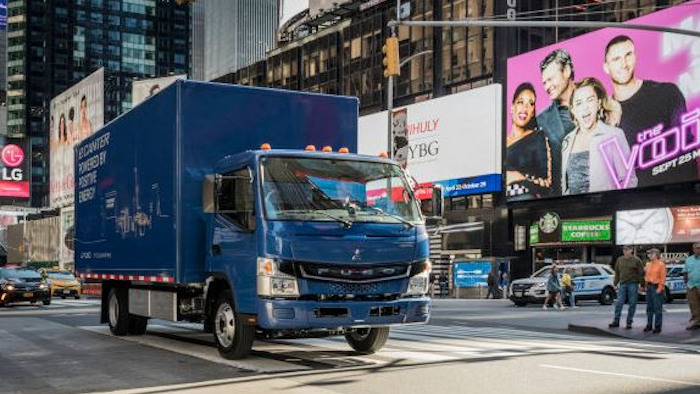 Mitsubishi Fuso, a subsidiary of the German auto giant's large truck division, debuted the FUSO eCanter at an event in New York City. The truck offers a range of about 60 miles and can carry up to three and a half tons to urban destinations with zero emissions and zero noise.

UPS reportedly plans to incorporate three of the trucks into its delivery fleet.

"We have a long-standing global relationship with Daimler, and we welcome the opportunity to trial the Fuso eCanter as UPS continues to realize the benefits of electric trucks,” UPS Global Fleet Maintenance & Engineering President Carlton Rose said in a statement.

Daimler introduced a prototype electric truck in 2010 and began testing the vehicle in Europe in 2014. The company earlier this year announced its first commercial customer in Japan and opened a production facility in Portugal.

Officials expect to deliver 500 vehicles in the series within the next two years — beginning this year in the U.S., Europe and Japan — before expanding production in 2019.