Utilizing this design, the aircraft can translate and rotate in any desired route. 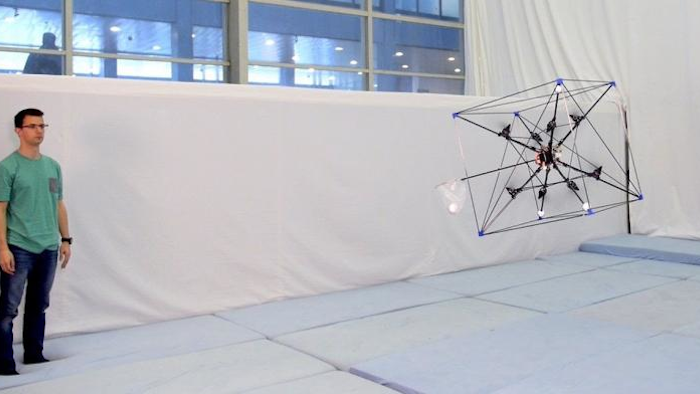 Aircraft usually have considerable skill zipping around in different directions. An omnicopter straight out of the Institute for Dynamic Systems and Control at ETH Zurich, steps away from convention by using eight motors to orient itself in all directions.

Utilizing this design, the aircraft can translate and rotate in any desired route, which makes it an extremely skilled partner in a good ol’ game of fetch.

"We have developed a computationally efficient trajectory generator for six degrees-of-freedom multirotor vehicles, i.e. vehicles that can independently control their position and attitude," according to the video description, "The trajectory generator is capable of generating approximately 500,000 trajectories per second that guide the multirotor vehicle from any initial state, i.e. position, velocity, and attitude, to any desired final state in a given time." 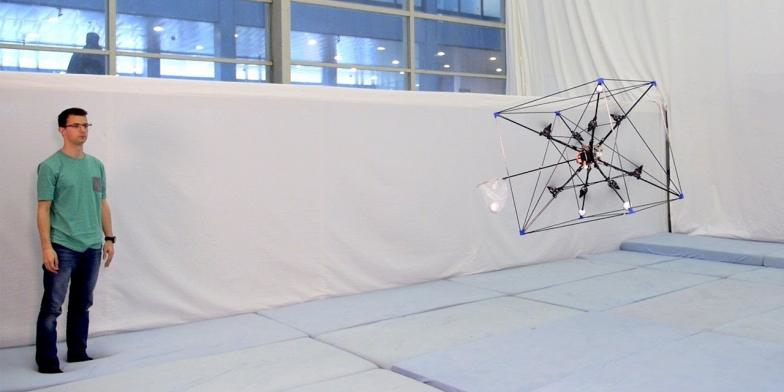 As soon as the ball is tossed into the air, the aircraft calculates the ball’s flight path and determines the proper catching position. From there, it generates multiple different trajectories that would result in successfully capturing the ball in the pouch. Out of the many possible routes, the aircraft chooses the least aggressive maneuver, executes the catch for about 20 milliseconds, and then repeats the process.

Potentially, an omnicopter with this ability could aid in the applications that require evaluations of many trajectories in real time. The full details of the research can be found here.

Watch this aircraft’s fierce catching skills in the video below.