Watch This Flexible Drone Reassemble After A Crash

Swiss researchers have created a flexible quadcopter that recoils during a crash. 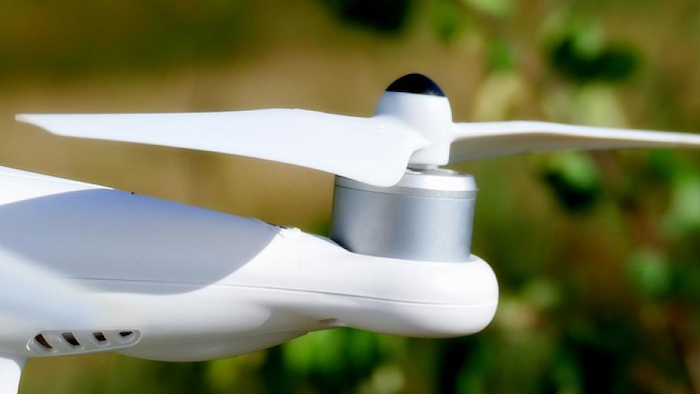 Usually when a drone crashes, it’s nothing but bad news for the hardware components. Instead of fortifying the drone's design to minimize damage upon impact, Swiss researchers have created a flexible quadcopter that recoils during a crash.

Mother Nature proved to be another source of inspiration for this quadcopter’s design. Flying insects need firm wings during flight, but when they bump into structures throughout their travels, their bodies are designed to absorb each impact. Wasps in particular have special joints that allow their wings to reversibly crumple during an accident. This transition into a flexible state during times of stress drastically minimizes any sustained damage.

Since most drones today are made out of lightweight, carbon fiber material, a rough landing usually spells out structural disaster. However, the insect-inspired drone created at Switzerland’s École Polytechnique Fédérale de Lausanne (EPFL) is able to condense during a crash and return to its original form after absorbing the impact’s energy.

The quadcopter’s external frame is built with a flexible fiberglass, which uses four magnetic joints to hold together its four arms and connect to the central core. The fiberglass frame measures 0.3 mm thick, and can withstand substantial collisions without permanent damage.

In the event of a collision, the drone transitions from its rigid state during flight into its flexible form. Elastic bands ensure the magnets snap back in place after the energy is absorbed from the impact, allowing the frame to realign and adjust.

After 50 test drops at a height of 2 meters, the drone suffered no permanent damage after magnetically disengaging and successfully reassembling to its post-crash configuration.

To learn more, watch the video below.