It’s the time of year for ghosts, goblins, and blood-draining – batteries? 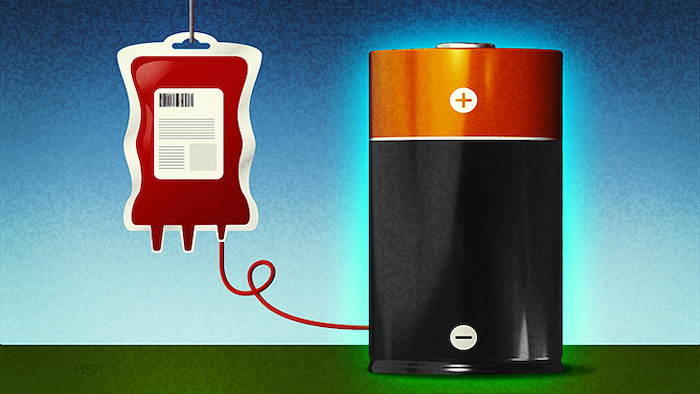 It’s the time of year for ghosts, goblins, and blood-draining – batteries?

Yale University researchers have determined that a molecule that transports oxygen in blood could be critical to the next generation of batteries.

Lithium-oxygen (Li-O2) batteries have been around for a few years as a successor to lithium-ion batteries. These new batteries can go weeks without a charge, meaning they could be a good option for electric cars.

Researchers looking to make Li-O2 batteries available for commercial applications had to figure out a way to prevent the formation of lithium peroxide, a solid precipitate that covers the surface of batteries’ oxygen electrodes. A catalyst was needed to efficiently complete a process called oxygen evolution reaction in which lithium oxide products decompose back into lithium ions and oxygen gas. 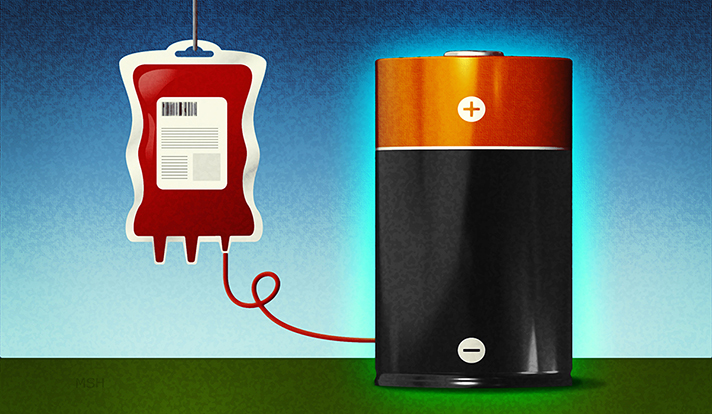 Andre Taylor, a Yale associate professor of chemical and environmental engineers, and his researchers identified a molecule called heme that could function as a catalyst for this process. Heme also happens to be a molecule that makes up one of the two parts of hemoglobin. Sound familiar? It carries oxygen in the blood of animals.

This bloody catalyst improves the Li-O2 cell function by lowering the amount of energy required to improve the battery’s charge and discharge cycle times.

The results of these tests appear in the Oct. 19 edition of the journal Nature Communications. In the paper, lead author Won-Hee Ryu, a former postdoctoral researcher in Taylor’s lab, noted that the molecule would dissolve into the battery’s electrolytes and act as a redox mediator, which lowers the energy barrier required for the electrochemical reaction to take place.

“When you breathe in air, the heme molecule absorbs oxygen from the air to your lungs, and when you exhale, it transports carbon dioxide out,” Taylor said. “So it has a good binding with oxygen, and we saw this as a way to enhance these promising lithium-air batteries.”