Hot cars are a danger to children, particularly in a sweltering summer like this one. 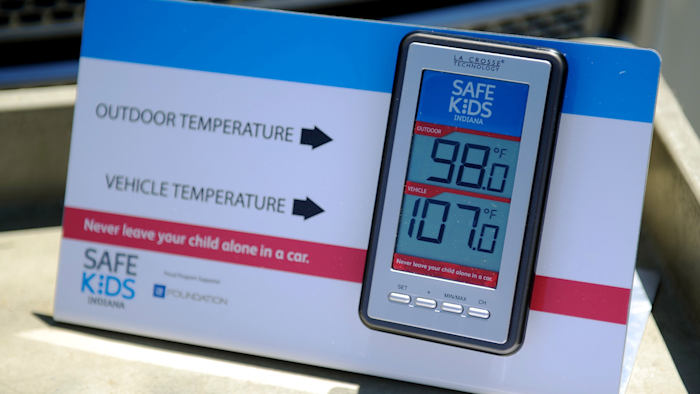 The deaths of four children in hot cars in recent days has brought the number of such deaths across the U.S. this year to at least 23, nearly matching the total for all of 2015 and prompting experts to plead for vigilance and warn parents that it can happen to anyone. (Darrin Phegley/Evansville Courier & Press via AP)

Hot cars are a danger to children, particularly in a sweltering summer like this one. There are some devices on the market — built into cars as well as child seats — that can help prevent kids from being left behind.

So far this year, 27 children in the U.S. have died after they were left in hot vehicles, according to Kids and Cars, a Kansas City-based advocacy group. That includes the death last month of a 2-year-old in Dallas left behind in a hot car while his family was in church. The total this year has already surpassed the total for all of 2015.

Of the 755 children who died in hot cars since 1990, a majority — 55 percent — were unknowingly left behind. In 28 percent of cases, kids climbed into the cars on their own.

Even a brief period in a hot car can be deadly. Within 10 minutes, a car's temperature can rise 20 degrees, according to the National Highway Traffic Safety Administration. Even if it's 60 degrees outside, the temperature inside a car can reach 110. Children can die when their body temperature reaches 107 degrees.

Kids and Cars says the government should require automakers to install back seat reminder systems. But NHTSA says it's still researching the best ways to prevent deaths. In the meantime, the agency is sponsoring public information campaigns.

There are ways to help prevent hot car deaths. Among them:

General Motors Co. has installed an industry-first rear seat reminder system on the 2017 GMC Acadia, a midsize SUV that starts at $29,070. The system, which is a standard feature, monitors the Acadia's rear doors. If either one is opened and closed within 10 minutes before the vehicle is started, or if they are opened and closed while the vehicle is running, the Acadia sounds five chimes and displays a visual reminder to check the back seat when the vehicle is turned off. GM plans to add the system to additional vehicles throughout its lineup in 2017 and beyond.

For now, GM is the only automaker offering a factory-installed reminder system, but there are several aftermarket systems available. Rear View Safety Inc. makes a $100 system that monitors the rear doors and activates if they are opened before a trip. The car sounds a moderate alarm when the vehicle is turned off, and the driver can deactivate the alarm by pressing a button in the rear of the car. If the system isn't deactivated within 40 seconds, the car horn will sound. The system must be professionally installed; the company says installation adds about $100 to the cost.

Evenflo's SensorSafe Embrace DLX infant seat is the only car seat with a built-in system that alerts the driver if a child has been left behind. It connects the seat's chest clip to the car's data port, so the car will emit a chime if it turns off and the chest clip hasn't been unhooked. It will also alert the driver if the chest clip comes unhooked during driving. The seat works for infants up to 35 pounds and in cars from the 2008 model year or later. The seat costs $149 at Wal-Mart. 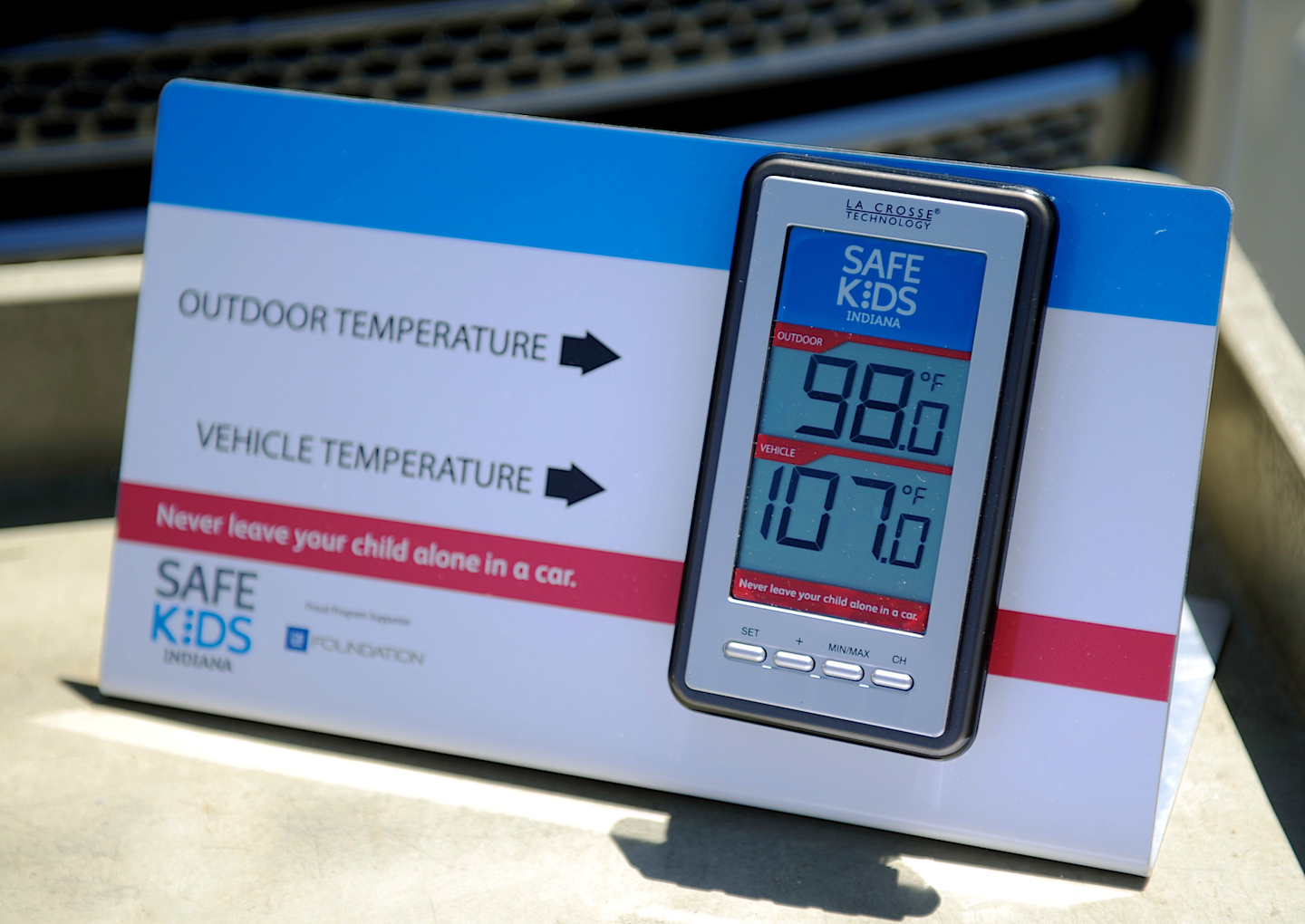 The deaths of four children in hot cars in recent days has brought the number of such deaths across the U.S. this year to at least 23, nearly matching the total for all of 2015 and prompting experts to plead for vigilance and warn parents that it can happen to anyone. (Darrin Phegley/Evansville Courier & Press via AP)

There are also aftermarket child seat systems. Baby Alert International makes an electronic chest clip that replaces the clip installed on a seat. The clip connects to a key fob. If the caregiver moves 15 or more feet from the car seat without unlatching it, the fob sounds an alarm. That system costs $45 on Baby Alert International's web site.

The iRemind Car Seat Alarm uses a sensor pad placed on the child's car seat. Caregivers install a smartphone app that alerts them if they move 15 feet from the car and the sensor still feels the child's weight. The sensor costs $100 on Amazon.com.

There are caveats. NHTSA warns that anything added to a car seat after it's purchased could compromise safety. And smartphone-based systems may not work if the caregiver doesn't have service in a particular location.

Drivers should get in the habit of checking the back seat before locking their vehicles. One reminder is to keep a large stuffed animal in the child's seat. When the child is riding in the seat, move the stuffed animal to the front.

To prevent kids from climbing into cars, always keep them locked when they're parked and keep keys out of reach. If a child goes missing, a car is one of the first places you should look.