Undersea Drone Operates Autonomously For Months At A Time

The vehicle is able to conduct its lengthy act of independence because of a hybrid rechargeable power system and modular payload bay. 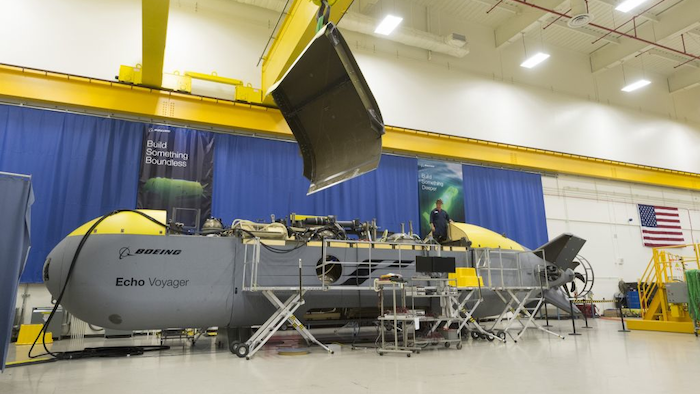 Boeing unveiled the Echo Voyager on Thursday, an underwater drone that can travel for months at a time.

The unmanned, undersea vehicle, or UUV, is able to conduct its lengthy act of independence because of a hybrid rechargeable power system and modular payload bay. At 51-feet-long, the Echo Voyager is much larger than Boeing’s 32-foot Echo Seek and 18-foot Echo Ranger UUVs.

In addition to being a well-powered behemoth, the Echo Voyager stands out from typical UUVs in that it can access and leave the water without the assistance of support ships.

“Echo Voyager can collect data while at sea, rise to the surface, and provide information back to users in a near real-time environment,” said Lance Towers, director of Sea & Land at Boeing Phantom Works in a media statement. “Existing UUVs require a surface ship and crew for day-to-day operations. Echo Voyager eliminates that need and associated costs.” 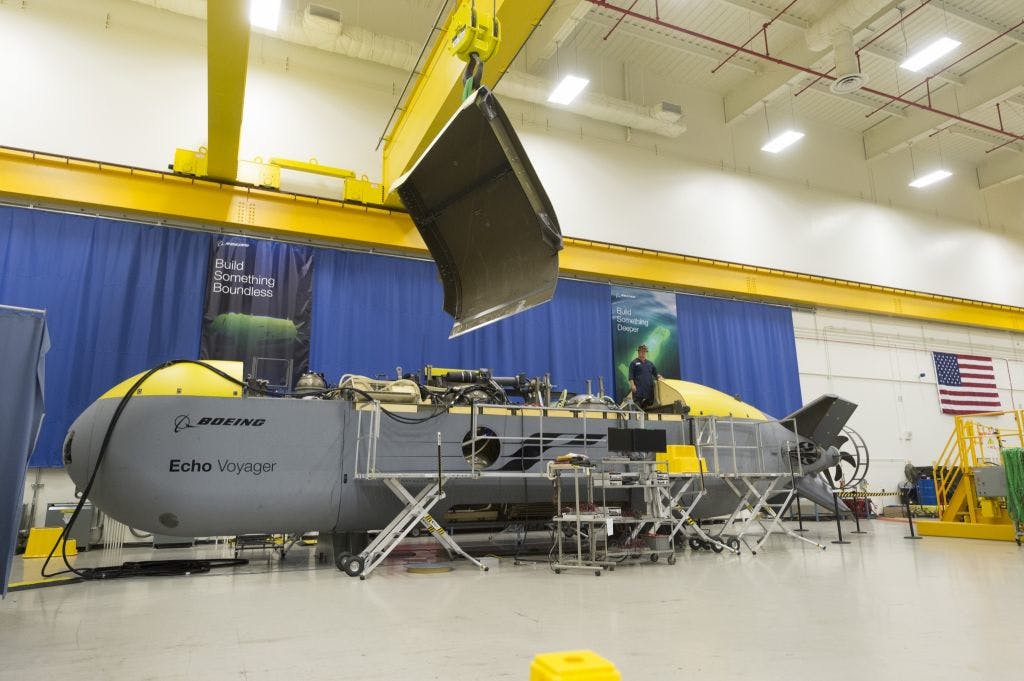 Darryl Davis, president of Boeing Phantom Works, said Echo Voyager “is a new approach to how unmanned undersea vehicles will operate and be used in the future.”

Boeing will conduct sea trials for the Echo Voyager off the California’s coast this summer.