Virgin Galactic is preparing to return to flight testing for the first time since a fatal 2014 accident.

Virgin Galactic will roll out a new version of its SpaceShipTwo space tourism rocket Friday as it prepares to return to flight testing for the first time since a 2014 accident destroyed the original, killed one of its pilots and set back the nascent industry.

The space line founded by Sir Richard Branson will unveil the craft at California's Mojave Air & Space Port, where it was assembled.

SpaceShipTwo is designed to be flown by a crew of two and carry up to six passengers on a high-speed suborbital flight to the fringes of space. At an altitude above 62 miles, passengers will experience a few minutes of weightlessness and see the Earth below.

After years of development, Virgin Galactic appeared to be nearing the goal of turning ordinary civilians into astronauts when the first SpaceShipTwo broke apart on Oct. 31, 2014, during its fourth rocket-powered flight. Wreckage fell to the Mojave Desert floor. 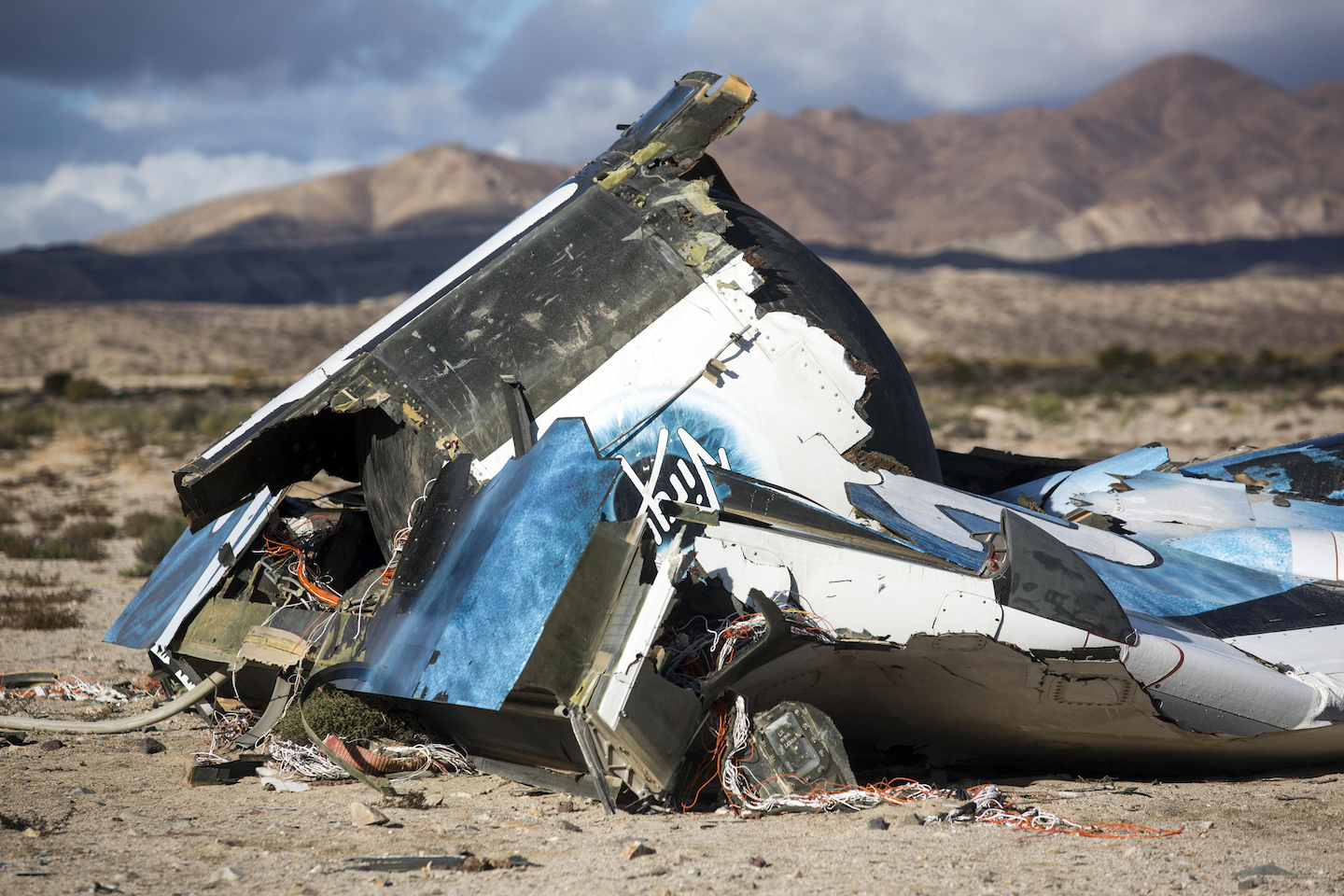 In this Nov. 1, 2014 file photo, wreckage lies near the site where a Virgin Galactic space tourism rocket, SpaceShipTwo, crashed in the desert near Mojave, Calif. (AP Photo/Ringo H.W. Chiu, File)

The investigation found that co-pilot Michael Alsbury prematurely unlocked the so-called feathering system that is intended to slow and stabilize the craft as it re-enters the atmosphere. Alsbury was killed, but pilot Peter Siebold, although seriously injured, parachuted to safety.

The "feathers" — a term derived from the design of a badminton shuttlecock — are tail structures that extend rearward from each wingtip. They are designed to swivel upward at an angle to create drag, preventing a buildup of speed and heat, and then rotate back down to normal flying position as the craft descends into the thickening atmosphere.

A National Transportation Safety Board investigation found that Scaled Composites, a company that was developing SpaceShipTwo with Virgin Galactic and was responsible for its test program, should have had systems to compensate for human error. The NTSB chairman, Christopher Hart, said it wasn't a matter of shortcuts but of not considering a crew member would make the mistake that occurred.

The company stressed in a statement Thursday its commitment to testing from the level of individual parts on up to the complete craft.

"Our team's job is to plan out not just the obvious tests but also the strange and inventive ones, to conduct those tests, and to use the data from those tests to re-examine everything about our vehicle to ensure we can take the next step forward," it said.

The company did not project a timeline for actually carrying space tourists, noting that "our new vehicle will remain on the ground for a while after her unveiling, as we run her through full-vehicle tests of her electrical systems and all of her moving parts."

SpaceShipTwo is the successor to SpaceShipOne, the winged rocket plane that won the $10 million Ansari X Prize in 2004 by demonstrating a reusable spacecraft capable of carrying three people could make two flights within two weeks to at an altitude of least 62 miles.

The prize announced in 1996 was intended to spur the development of private manned spaceflight in the same way the Orteig Prize offered in 1919 fostered trans-Atlantic aviation. Charles Lindbergh won that prize with his nonstop flight from New York to Paris in 1927.

Like SpaceShipOne, SpaceShipTwo is carried aloft beneath the wing of a mother ship — a special jet aircraft that releases it at an altitude of about 45,000 feet. After gliding for a few moments, SpaceShipTwo's pilots ignite the rocket engine to send the craft hurtling toward space.

After reaching the top of its suborbital trajectory, the spacecraft begins falling back toward Earth and glides to a landing on a runway.