Toyota To Invest $50M In Car-Tech Research At Stanford, MIT

Toyota is investing $50 million in hopes of gaining an edge in an accelerating race to phase out human drivers. 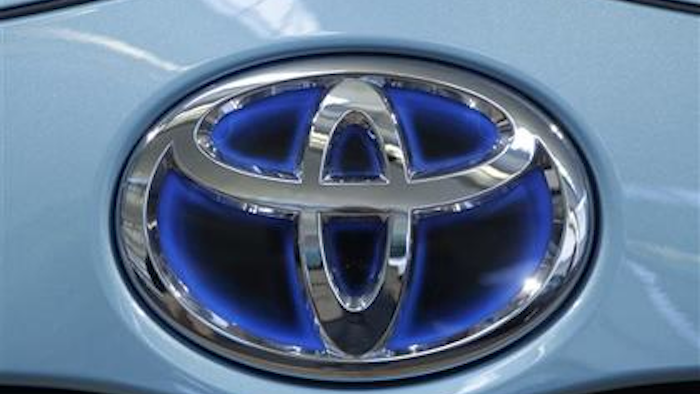 Toyota is investing $50 million with Stanford University and the Massachusetts Institute of Technology in hopes of gaining an edge in an accelerating race to phase out human drivers.

The financial commitment announced Friday by the Japanese automaker will be made over the next five years at joint research centers located in Silicon Valley and another technology hub in Cambridge, Massachusetts.

Toyota has hired robotics expert Gill Pratt to oversee research aimed at developing artificial intelligence and other innovations that will enable future car models to navigate the roads without people doing all the steering and stopping.

Major tech companies such as Google and Uber are competing against a range of automakers to make robot cars that will be better drivers than people and save lives by causing fewer accidents.

Google, which runs some of the world's most popular online services, has been working on a fleet of self-driving cars for the past six years. Its goal is to have the cars capable of driving completely on their own by 2020. Ride-hailing pioneer Uber has teamed up with Carnegie Mellon University on a Pittsburgh research center in its quest to build driverless cars.

Toyota Motor Co. has already promised to have collision-prevention technology installed in all its U.S. cars by 2017, but isn't as optimistic about building a car capable of driving entirely by itself within the next decade.

Instead, Toyota envisions cars becoming gradually smarter and more independent of humans as its own engineers and the research centers at Stanford and MIT discover breakthroughs in artificial intelligence and robotics. The company wants to eventually equip its cars with safety systems that can automatically steer the vehicle toward the middle of the road and issue warnings when a human driver appears to be distracted.

Pratt, a former program manager at the U.S. government's Defense Advanced Research Projects Agency, or DARPA, will play a key role in Toyota's drive toward automation. During his five-year stint at DARPA, Pratt oversaw a popular program that challenged engineers to use robotics to perform specific tasks and solve problems.

The MIT research center will focus on inventing ways for cars to recognize their surroundings and make decisions that avert potential accidents. If the goals are realized, Toyota might be able to build a car "incapable of getting into a collision," said Daniela Rus, the MIT professor who will lead the university's research partnership with the automaker.

Not far away from Stanford, both General Motors Co. and Ford Motor Co. have established offices in Palo Alto, California, in their own quests to make smarter cars.

Meanwhile, just to the south, Google's self-driving cars are regularly cruising the roads of the company's hometown of Mountain View, California, during ongoing testing of the vehicles.

California law still requires humans to be in the self-driving cars to take control in dangerous situations or if something goes wrong. Most of the time, though, Google's self-driving cars are being controlled by a computer. They logged a combined 147,000 miles in autonomous mode from June 3 through August 31, according to Google. The self-driving cars were involved in four collisions that resulted in no major injuries. The robot cars were rear-ended by vehicles driven by people in those accidents.