A watchdog group is asking California police and the Department of Motor Vehicles to investigate any crashes involving experimental autonomous cars. 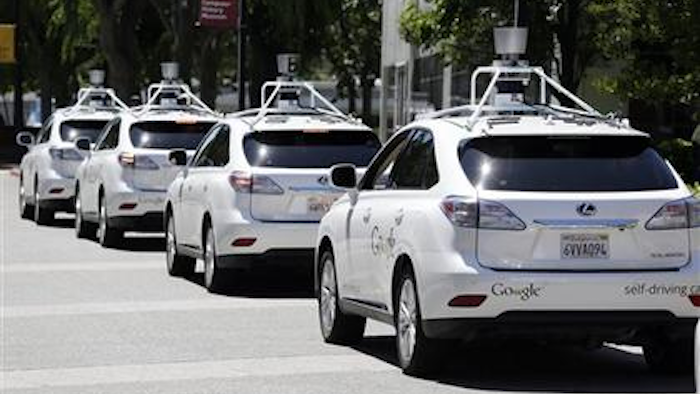 A watchdog group is asking California police and the Department of Motor Vehicles to investigate any crashes involving experimental autonomous cars.

Consumer Watchdog sent a letter to Jean Shiomoto, director of the Department of Motor Vehicles, on Aug. 20. After praising the DMV’s decision to make official autonomous vehicle accident reports public, he called for more oversight from the police and DMV to fix what he called “a fundamental flaw in the reporting system.”

"The robot car accident reports are prepared and filed by the company doing the testing. Inevitably the companies will present their version of what happened in any crash in the best possible light," wrote John M. Simpson, Consumer Watchdog's Privacy Project director. "Relying solely on the word of the testing company is not adequate to protect the legitimate public interest in ensuring robot cars are tested safely."

Instead of the information surrounding the crash coming from the private technology company that owns the car, Consumer Watchdog said, the DMV should require any data and video recorded during the crash to be turned over to the department. They also said that the information should be released to the public, and that police should interview drivers and witnesses and file an independent report as they would during a conventional crash.

Currently, Autonomous Vehicle Regulations also require tech companies to file reports about every situation in which a human driver had to take control of a robot car. Consumer Watchdog requested that these reports, which are due to be turned in on Jan. 1, 2016, also be made available to the public.

There are nine companies testing robot cars in California as of Aug. 14, according to the Consumer Watchdog letter, with 78 cars and 311 drivers approved for testing on public roads. Google’s cars have been involved in the most crashes, 15 in total, although this may not be a surprise since the Internet company has the most autonomous cars on the road (48 cars and 191 drivers).