An integrated circuit that Texas Instruments engineer Jack Kilby used in 1958 to demonstrate his invention of the new technology failed to sell at auction. 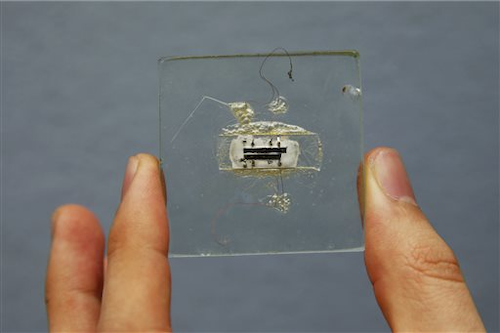 NEW YORK (AP) -- An integrated circuit that Texas Instruments engineer Jack Kilby used in 1958 to demonstrate his invention of the new technology failed to sell at auction.

Christie's New York said bidding Thursday did not reach the minimum reserve. The prototype, which helped create the microchip revolution, was expected to sell for $1 million to $2 million.

The auction house said the integrated circuit was built by Tom Yeargan, a member of the team at Dallas-based Texas Instruments that executed Kilby's theories on bringing miniaturization to the period's giant computers.

It was mounted on glass and enclosed in a plastic case belonging to Yeargan with a label signed by Kilby, who won the Nobel Prize in physics. It was accompanied by a statement by Yeargan, whose descendants offered the circuit at auction.