The city has what young professionals want — including a vibrant nightlife and affordable, walkable neighborhoods — and it has what companies want: potential workers from universities including Penn, Drexel and Temple. 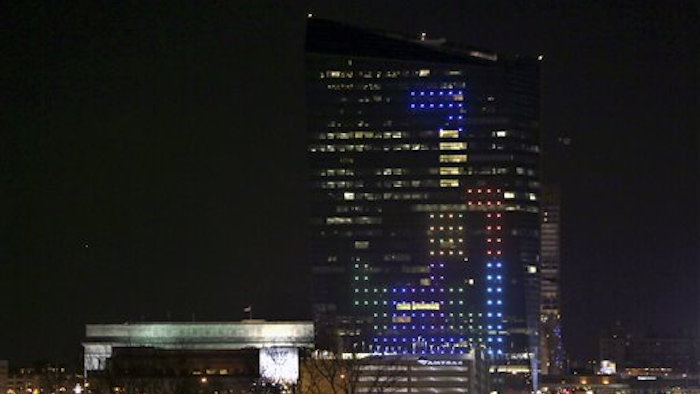 But what about Silicon Philly?

The City of Brotherly Love has become home to a growing and tightly knit community of entrepreneurs at the same time media giant Comcast plans to build a second skyscraper downtown with the potential to house thousands of corporate tech jobs.

Local officials have taken note on many levels, from allowing the startup corridor of N. 3rd Street to be renamed "N3RD Street" (Get it? Nerd Street?) to launching funding opportunities like StartUpPHL. And don't forget that time people played Tetris on the face of a 29-story office building.

"We're seeing an explosion of activity and investment in innovation and technology," said Mayor Michael Nutter. He planned to cut ribbons at two new tech company offices Friday and visit two others to highlight his commitment to nurturing the industry.

It's a relatively new focus for a city looking to grow its population of millennials and broaden an economy largely based on meds, eds and beds — hospitals, colleges and tourism.

The strategy seems to have some traction: Tech meetups in Philadelphia increased 69 percent last year, according to RJ Metrics, a city-based firm that has outgrown its offices twice since 2009.

The Philadelphia area, which received about $452 million in venture capital across all industries last year, doesn't pretend to compete with Silicon Valley, which received $12 billion, according to the National Venture Capital Association.

But supporters say Philly belongs on the map with other tech hotbeds such as Austin, Texas, and Portland, Oregon. The city has what young professionals want — including a vibrant nightlife and affordable, walkable neighborhoods — and it has what companies want: potential workers from universities including Penn, Drexel and Temple.

"The single biggest resource that we have for startups is our students," said Josh Kopelman, founder of Philadelphia-based First Round Capital.

The investment company has partnered with the city to administer a $6 million seed fund through StartUpPHL. First Round also provided $500,000 to create the Dorm Room Fund, an investment venture run by and for college students.

Brian James Kirk, co-founder of the news website Technical.ly, said startup entrepreneurs "were struggling to find their peers" when he began covering the fledgling scene here in 2008. The concept of a tech community was nonexistent, he said.

"Philadelphia didn't see it in itself, and no one saw it in Philadelphia," Kirk said.

Then social media started bringing people together, he said. Others credit Technical.ly itself with helping the community coalesce through events like Philly Tech Week, which has grown from 5,000 attendees in 2011 to about 25,000 this year. Its slogan — "We game on skyscrapers" — touted the Tetris event in April.

But the true game-changer could be the $1.2 billion Comcast building expected to open in 2017.

"That tech magnet is going to attract a lot of talented people," said John Backus, a board member of the National Venture Capital Association.

Comcast insists it will be a force for symbiosis, not squashing the little guys. The company has "large hiring ambitions" and sees itself as "a catalyst for entrepreneurism in the city," said Sam Schwartz, chief business development officer.

"We can't be successful if we don't have a successful (tech) community here," he said.

Comcast Sports, in fact, was the first client for programming-related tech firm OneTwoSee, which Nutter will visit Friday. The two-person startup, which has received $3.5 million in venture capital, now has 13 employees and expects to hire seven more, co-founder Chris Reynolds said.

"We've been asked," he said. "We never even entertain the conversation."