BlackBerry has launched a new lower-cost smartphone designed specifically for Indonesia, where its market share has plunged in recent years but remains higher than in many other nations. 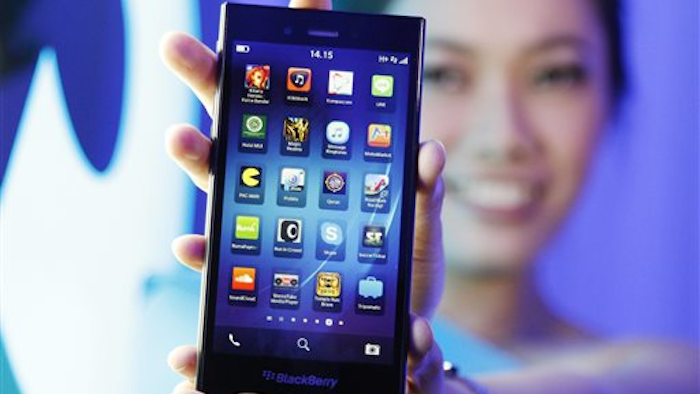 JAKARTA, Indonesia (AP) -- BlackBerry has launched a new lower-cost smartphone designed specifically for Indonesia, where its market share has plunged in recent years but remains higher than in many other nations.

The company said the Blackberry Z3, Jakarta Edition, will go on sale Thursday for $191, considerably less than its higher-priced Z10 and Q10 devices. Analysts say the lack of a lower-priced phone has hurt Blackberry in Indonesia.

BlackBerry CEO John Chen said in a statement that the phone was designed specially for Indonesian customers. It has a 5-inch screen and includes Indonesian apps and content.

Indonesia's smartphone market is now dominated by rival Samsung, which sells about one of every three smartphones.

Indonesia, a nation of 240 million people with Southeast Asia's largest economy, has experienced a technology boom in recent years.