Despite a rough relationship with U.S. manufacturing over the last few years, the appliance maker is doubling down in its Greenville plant that makes KitchenAid mixers and other small kitchen appliances. 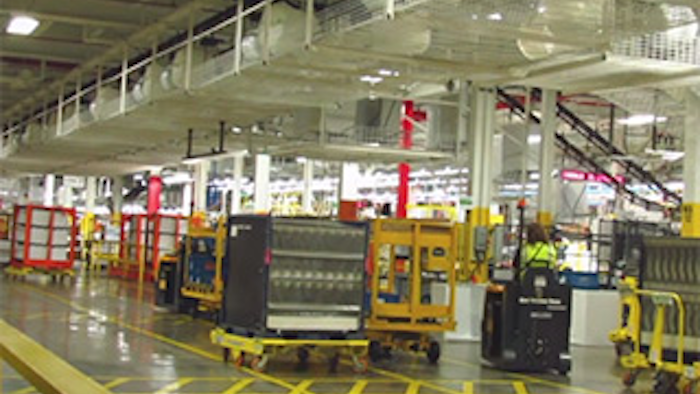 Appliance maker Whirlpool Corp. is planning on making a major announcement later today for its plant in Greenville, Ohio, according to Dave Elliott, general manager of Whirlpool's KitchenAid small appliances business, in an interview with the Wall Street Journal. Employment at the plant is expected to rise from 1,000 to 1,400 by 2018.

The plant currently makes KitchenAid mixers and other small kitchen appliances, and Elliott said the investment is in response to more demand for those types of high-end cooking gadgets. The company’s chief executive, Jeff Fettig, said that growth of small appliances has grown 10 to 15 percent annual in recent years, and that the Greenville plant has simply run out of capacity.

Whirlpool is expected to hold a press conference later today to announce the news, with Greenville Mayor Mike Bowers and Ken Hossler, plant leader, on hand to celebrate the investment. Gov. John Kasich was expected to attend as well.

The company has a complicated history with U.S. manufacturing. In 2009, the company shuttered its Evansville, Ind. plant and cut 1,100 employees to move production of refrigerators with freezers on top to a location in Mexico, where they were cheaper to produce. The move shocked and disappointed many, who felt as if buying a Whirlpool appliance was a safe bet in ensuring they were buying a “Made in America” product. And in 2011, the company announced the cut of 1,200 salaried positions, and the closure, of its Fort Smith, Ark., plant.

It’s likely that the shuttering of smaller plants and the subsequent expansions in larger ones is a company-wide move to consolidate production as a means of reducing costs. By expanding in only a few locations, the company can better centralize their workforce and remain agile to respond to changes in consumer demand.

The company also received a 45 percent, five-year Ohio tax credit for the Greenville plant for adding to the payroll, which requires the company to maintain operations for a least eight years. This announcement exceeds the number of required positions stipulated in that agreement.