Nobody wants to be late. But at a busy airline hub like Atlanta or Chicago, even a brief delay in aircraft arrival can result in missed connections and cascade into a major inconvenience. The Bureau of Transportation Statistics reported that this year alone, more... 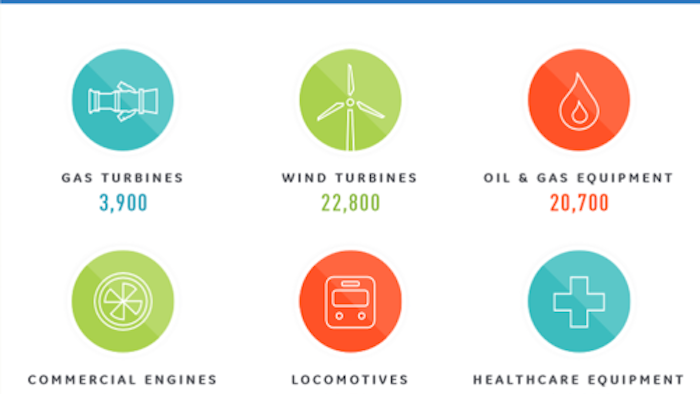 Nobody wants to be late. But at a busy airline hub like Atlanta or Chicago, even a brief delay in aircraft arrival can result in missed connections and cascade into a major inconvenience. The Bureau of Transportation Statistics reported that this year alone, more than 750,000 flights operated by U.S. carriers arrived late and over 25 percent of flights were delayed by 15 minutes or more or cancelled. The estimated economic costs of these delays, both for airlines and for passengers, are in the billions.

Two years ago, GE Aviation partnered with the consulting firm Accenture to tackle the problem. Their joint-venture, called Taleris, developed a software system for the Industrial Internet that feeds on data coming from sensors on planes, air traffic, weather, and other sources. It could help a large domestic airline prevent 1,000 delayed departures and cancellations and help more than 165,000 passengers get to their destination on time. “A connected device or a machine becomes something entirely new, because interconnectedness opens up entirely new dimensions,” writes GE Chief Economist Marco Annunziata in his new report on the topic. “Combining the digital and the physical accelerates value creation in a way that we are only beginning to understand. GE is building a new kind of industrial company.”

Over the last three years, GE has invested more than $1 billion in software and analytics, and opened up software centers in the U.S., Europe, and China.

Annunziata says that GE is in a unique position to connect people, data, and machines because its deep engineering expertise, the size of its industrial base, and Predix, its software platform for the Industrial Internet. There are some 28,000 GE jet engines in service, over 21,000 GE locomotives and 1.4 million GE healthcare devices like MRIs and CT scanners.

That’s a lot of machines, which is particularly useful when they get connected and trigger the network effect, also known as Metcalfe’s Law. In the 1980s, the American electrical engineer Robert Metcalfe stated that the value of a telecom network grows exponentially with the square of the number of connected users. He was talking about phones, but the law applies to computers, smartphones, and industrial machines as well. “The simultaneous development of interconnected hardware and an enabling software platform under the same roof redefines the very nature of a company,” Annunziata writes. He says that the union of “physical and digital” is transforming GE “from a traditional industrial equipment producer to a full-range customer solutions provider, able to maximize customer outcomes and profitability.”

Predix is already supporting dozens of applications ranging from railways to healthcare, where doctors can use it to track equipment, manage wait times, monitor medicine dosage, and better utilize staff.

Customers like Air Asia, Norfolk Southern, and Columbia Pipeline Group have embraced the software as a tool that will help them save costs and make them more competitive. Annunziata writes that GE is on track to earn $1 billion this year from software applications, and that “digital-driven industries” will enjoy faster growth and higher margins than traditional industrial players.

GE is also applying big data at home. Annunziata writes that the company is connecting research, design, engineering, and manufacturing to speed up the development of new products and respond to customer demand faster. GE calls this approach the Brilliant Factory.

“We have argued in previous works that the Industrial Internet and advanced manufacturing are not only transforming individual machines and systems, but they are also changing the nature of economies of scale, transforming the economic landscape and blurring the lines between manufacturing and services,” Annunziata writes. “In a similar way, industrial companies that combine the digital and the physical become fundamentally different in the way they operate and in the value they can provide to customers and shareholders.”

You can find the full version of Annunziata’s paper here.