Microsoft co-founder Bill Gates topped Forbes' latest list of the 400 richest Americans for the 21st straight year. The list, released on Monday, was largely unchanged for 2014 and showed ... 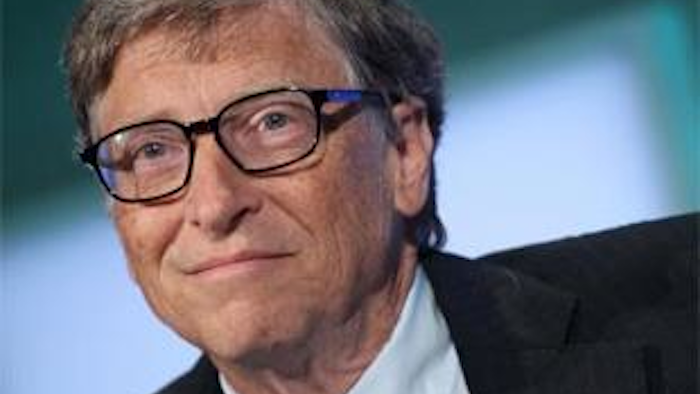 The list, released on Monday, was largely unchanged for 2014 and showed the rich getting richer. The combined wealth of those on the list rose 13 percent to $2.29 trillion, helped by a stronger U.S. stock market.

There were 27 new members of the list, including WhatsApp co-founder Jan Koum in the 62nd spot. Facebook announced plans to buy the mobile messaging app for $19 billion in February.

The biggest gainer is Facebook CEO Mark Zuckerberg, No. 11, whose net worth grew $15 billion since last year to $34 billion.

The net worth of America's wealthiest people has risen in the years since the financial crisis, widening the gap between the exceptionally well-to-do and the rest of the country. The average net worth of a Forbes 400 member is $5.7 billion, up from $5 billion last year.