William C. Lowe had a bold idea: IBM should develop a personal computer that could be mass marketed, expanding the company's reach beyond businesses and into people's homes. That was in 1980. One year later, the IBM 5150 personal computer was selling out at stores such as Sears and ComputerLand for $1,565, not including a monitor. 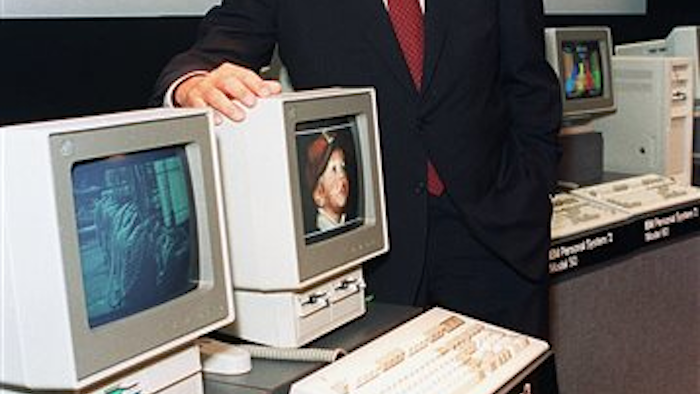 CHICAGO (AP) -- William C. Lowe had a bold idea: IBM should develop a personal computer that could be mass marketed, expanding the company's reach beyond businesses and into people's homes.

That was in 1980. One year later, the IBM 5150 personal computer was selling out at stores such as Sears and ComputerLand for $1,565, not including a monitor.

Lowe, who was credited with fostering collaboration within the computer industry, died on Oct. 19 in Lake Forest, Ill., of a heart attack, his daughter Michelle Marshall said. He was 72.

Marshall said she didn't realize the magnitude of what her father helped accomplish until she was an adult.

"I'm so incredibly proud of him ... he's touched everything," Marshall said Wednesday. "If he hadn't taken a risk and had the chutzpah he did to make it happen, it could have taken so many more years before everyone had a computer on their desktop."

Other companies were making PCs as early as the 1970s, but IBM was behind the curve. Lowe was lab director at IBM's Boca Raton, Fla., facilities when he convinced his bosses that he could assemble a team to build a personal computer in a year.

Lowe and his team were able to develop the IBM PC so quickly by adopting open architecture — using parts and software from outside vendors, including Microsoft, which was not well known at the time, according to IBM's website.

Despite his accomplishments, Marshall said, her father didn't really learn how to use a PC until he left IBM and was working at Xerox.

"He was a slow adapter, but he understood the implication," she said.

A sports nut, her dad approached everything as a game. "He would tackle it; he was relentless," she said.

She said her father grew up poor in Easton, Penn., and was the first person in his family to go to college, entering Lafayette College on a basketball scholarship. But once he was there, he didn't want to be distracted from his studies, so he got other jobs and dropped the scholarship, Marshall said.

Lowe joined IBM in 1962, when he finished college with a physics degree.

He went on to serve as an IBM vice president and president of its entry systems division, which oversaw the development and manufacturing of IBM's personal computers and other businesses. He left the company in 1988 to work for Xerox, and later became president of Gulfstream Aerospace Corp.

In lieu of services, the family is planning a celebration of Lowe's life, but a date hasn't been finalized, Marshall said.