A look at an unmanned aerial vehicle that resides in an underwater station until activated. 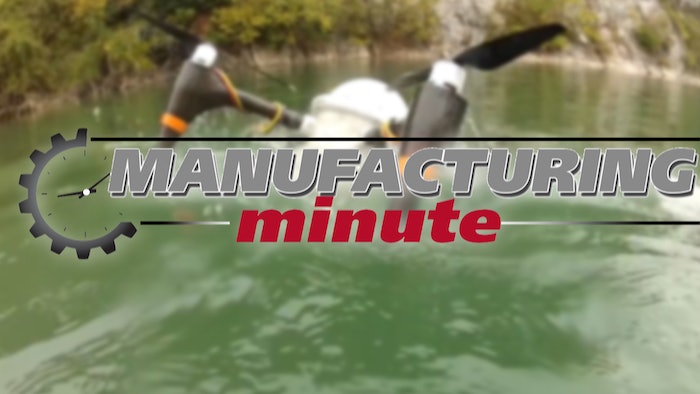 You might recall a previous episode when we covered the Loon Copter, a land-based quadcopter that could go underwater and “fly” beneath the surface. Well now a team at Johns Hopkins Applied Physics Laboratory has created a drone that is the Loon Copter’s antithesis — an aerial drone that lives underwater. Named the Corrosion Resistance Aerial Covert Unmanned Nautical System (or CRACUNS, you know like the sea monster), this unmanned aerial vehicle can remain stationed underwater for about two months at a time.

Then, when it’s needed, CRACUNS can be launched into the air to perform a variety of missions. What’s most interesting about CRACUNS is that it can remain at and launch from a significant water depth without requiring any additional modifications or parts. To make this possible, the UAV is made up of specialty 3D-printed parts that are much lighter in weight and less expensive to produce.

Researchers say that the CRACUNS could provide access to research possibilities that were previously impossible or even be suitable in large numbers for high-risk scenarios.

Could this innovative UAV prove to be a handy device in more dangerous or higher-risk environments? In what other industries, could this amphibious aerial drone be useful?