IoT, or the Internet of Things, is one of the most crucial technologies that will determine the future of corporations and consumers alike. 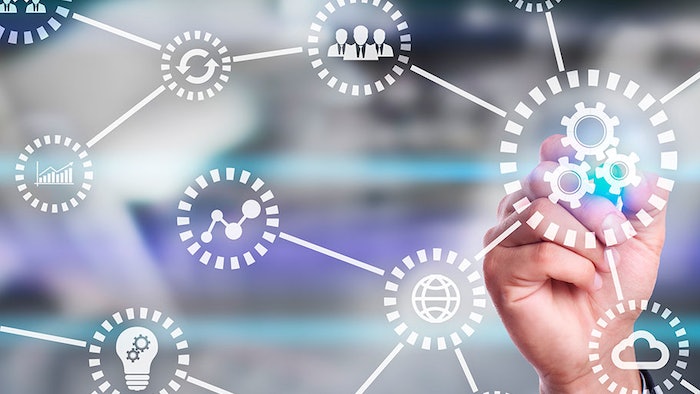 IoT, or the Internet of Things, is one of the most crucial technologies that will determine the future of corporations and consumers alike. Even today, over 127 new IoT devices are connected to the internet every single second. By the end of 2020, Gartner predicts that over 20 billion IoT devices will be harnessed by corporations and consumers alike.

More importantly, IoT development is now a very significant part of the digital transformation in enterprises. Are you missing out on IoT development in your business? If so, now is the right time to wake up and understand how IoT devices can make your business process efficient and prepare it for the future.

To help you understand just that, here is a how-to guide for making the best use of IoT for business opportunities:

As Maciej Kranz, author of the popular book “Building the Internet of Things” puts it,“The primary goal of IoT is to solve business problems, not to deliver a cool project or new technology.”

Gaining an edge in IoT development should not be about jumping into a new technology just to look cooler in the eyes of your clients or consumers. It should be about finding use cases that make the delivery of service or functioning of a product more efficient and effective.

So how do you find the right business-relevant problem, and a case for using IoT in your firm?

Here’s a simple example of how Rio Tinto, a global mining company, averts up to $2 million in costs daily with its use of IoT sensors & devices for predictive maintenance.

Rio Tinto uses over 900 large-sized trucks for mining. These trucks are required to operate for long hours in a day for mining at remote locations. Due to longer operational times, these trucks are vulnerable to breakdowns while working. Such breakdowns can cause a huge loss of revenue for Rio Tinto, especially when they happen at an unexpected time.

To tackle this problem, Rio Tinto makes use of around 200 IoT sensors fixed to all 900 of its trucks, which keep checking for any damages which can lead to breakdowns. When a sensor detects anything that can lead to a breakdown in the future, the human managers are alerted and they take action to repair the affected parts in due time.

This is an excellent example of predictive maintenance through IoT and an ingenious method which saves Rio Tinto from losses in the millions which may have occurred due to unexpected breakdowns.

Examples such as this highlight how companies can envision a smart use for IoT which seems amazingly simple, yet provides incredible benefits. Here is a checklist which can help you identify similar business opportunities using IoT:

1. Do not think about technology before your customers! Try to identify loopholes or barriers in your service/product which create unnecessary costs/waste time.

2. Once you’re done with identifying such barriers, write them down on a notebook or anywhere you prefer keeping your notes.

3. Now think of how IoT can remove or weaken any of these barriers/problems. For example, if you own a product-based business, think about how IoT sensors & devices can be used for predictive maintenance, for data tracking, collection or transfer.

If you own a service-based business, think about how IoT can help create faster and more effective delivery of service by automated delivery of information collected on other electronic devices, or by helping your business understand more about prospective customers through means such as data analytics (about which I’ll discuss ahead).

While many hype IoT as the technology which will change the world, we often fail to see that in its essence, IoT is not a concentrated technology that does something revolutionary like AI or blockchain. IoT at its core is just a link that connects different technologies together.

And while doing so, these links which form the collective IoT create fruits in the form of valuable data that can be used by corporations and consumers alike. This is perhaps one of the biggest advantages of IoT: while being incredibly useful all on its own, it generates food in the form of data to be utilized for other purposes such as software development and machine learning solutions.

If you’re planning on a full-scale digital transformation in the near future, IoT development is the best point to start from. Not only would you leverage the various benefits of IoT sensors & devices, but you will also generate first-party data (IoT analytics) which can be utilized for other upgrades such as predictive analysis, AI and various other use cases.

Using IoT in your business does not necessarily mean that you go all out and use it throughout your business processes. One thing about development is that a particular approach doesn’t fit all types of businesses. So if you’re a small business or a startup owner planning to use IoT, then you may not have the luxury of investing in R&D as many large companies do.

Instead, what you should do is to try the simplest of the use cases with IoT devices and scale up. The true beauty of IoT comes from its wide-scale applications, you can start from doing something as small and simple as automating lights in your office washrooms using IoT, to something as complex as putting in IoT sensors at every level of your product assembly plant to analyze the speed of production.

In many cases, success in implementing IoT on a small scale can give you the confidence to scale up, to apply the same principle/method across the entire business and multiply benefits tenfold. This was how Cisco made its plants energy efficient. The company used IoT sensors for its plants in Malaysia to detect equipment causing higher energy consumption. Using the available data, Cisco was able to save around 15-20 percent in energy costs. The success of such implementation through IoT sensors in one plant motivated the firm to do the same in other Cisco plants across the globe.

The pace at which technology is growing in the 21st century seems to be surprising to most people. However, the core reason behind such rapid growth isn’t merely the intellect of a few successful people, but the cooperation and competition between myriad businesses and governments that spurred innovation.

That is the main reason why you should be looking for an IoT development partner to find the best uses for IoT across your organization. As Maciej Kranz puts it, “Lone wolves won't succeed with IoT. This is a team sport."

So the best step that you could actually take right now in your quest towards making your business better is by partnering with others. Shared expertise creates stronger alliances, and stronger alliances united for similar causes are the ones which lead any competitive market.

IoT development can provide incremental benefits to any business organizations provided they factor in a few things:

Varun Bhagat is a Sr. IT Consultant at PixelCrayons.