Machinations Of Efficiency: Robots And AI On The Factory Floor

Downtime isn’t an option for the “brains” of robots, AI and autonomous apps — and that requires an ironclad wireless network. 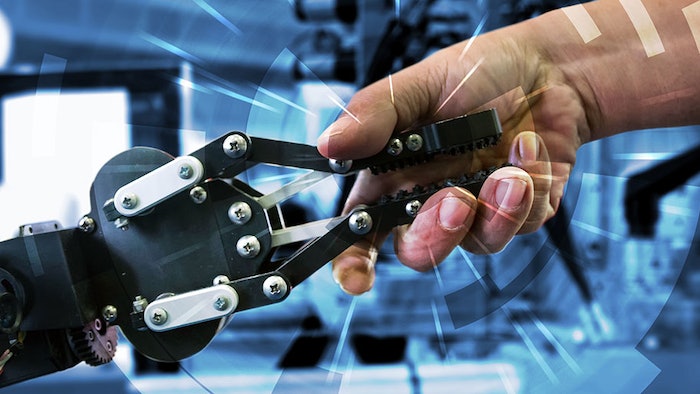 While the robots and autonomous applications in factories aren’t as outwardly thrilling as science fiction’s sentient androids, they are highly effective at reducing human costs by taking over mundane, physically taxing or dangerous tasks; streamlining business operations; improving efficiency and ensuring extreme precision.

A report from the International Federation of Robotics, the automation of manufacturing and production is accelerating around the world, with 74 robot units per 10,000 employees as the new average of global robot density in the manufacturing industries. This is up from 66 robot units in 2015 — showing that use of machines is on a steady rise.

As machines ascend, they will create three key efficiencies for manufacturers — but there are connectivity challenges to overcome first.

Robots and artificial intelligence (AI) will create a number of efficiencies for manufacturers.

Robots and AI can help factories with automated quality control processes. The sheer volume and variety of products being assembled and distributed means that quality control is becoming more challenging.

Rather than relying on humans for in-process inspection and quality control, AI applications like cameras powered by computer vision algorithms can sense defects immediately and identify what caused the issue.

Using AI for anomaly detection allows manufacturers to identify and resolve failures and problems on hundreds of units in seconds, rather than hours, letting them get ahead of failures before expensive delays pile up.

Like a car getting its oil changed every three months regardless of how much it’s been driven, industrial equipment is often serviced on a fixed schedule, no matter the operating conditions or hours it’s been through. When equipment servicing is only scheduled based on a calendar or time model and performance variables are not considered, this can result in increased labor costs and creates the risk of unexpected and undiagnosed equipment failures. Once outfitted with sensors and networked with each other, devices can be monitored, analyzed and modeled for improved performance and service.

Demand-driven production is another area where AI can help factories thrive. Errors in estimating consumer demand leads to lost revenues, through either stagnant inventory or lost sales. Instead of producing goods reactively, manufacturers can achieve real-time demand visibility by connecting consumer purchases and industrial IoT.

Need for a Network

Industrial robots and AI are ushering in a new age of smart, connected machines, but they require highly reliable, mobile, resilient communications networks that run continuously and ensure data is never delayed or not received.

Artificial intelligence in a factory requires all devices to be connected in a secure manner, enabling both edge computing for real-time decisions and cloud computing. The typical hub-and-spoke architectures of cellular and WiFi will no longer work in an environment where all devices, both fixed and mobile, need to be connected together.

Consider a manufacturing floor where every machine is being monitored in real time and robots carry the finished goods to the warehouse for storage and shipment. This environment is very fluid and dynamic. Robots, forklifts and manufacturing machines all need to be connected to make sure they are monitored for efficiency to avoid downtime, direct the robots to store the finished goods in the right location, and monitor the forklifts to send them to the right location for pickup and shipping — all while monitoring for machine health.

Providing cloud computing allows the entire network to be monitored, so in the same way as edge devices take into account historical performance, cloud computing does the same for the entire network to optimize performance for the entire production floor, for instance. The next stage in factories, manufacturing 4.0, implies intelligence and continuous connectivity and monitoring, so machine learning via AI at the edge and in the cloud are both required to provide this new level of intelligence. And secure, reliable, ubiquitous, any-to any-device connectivity is required as the backbone of that intelligence.

Enabling the Rise of the Robots

Robots and AI/autonomous applications are able to work in areas unsafe for humans, accomplish tasks that are impossible for humans and perform jobs that are not economically viable in a high-wage economy. They also allow greater precision, let companies to get the most out of their equipment, and ensure efficient business operations. The ultimate goal is straight out of science fiction: letting robots do all the hard and mundane jobs, freeing humans up for higher-level work and more leisure time.

An A.T. Kearney report titled “Divergence, Disruption and Innovation: Global Trends 2015-2025” calls out several key factors that will play into greater use of robots: “… cheaper, faster and more capable sensors … more dependable, flexible and higher-bandwidth wireless networks … [and] greater safety and more efficient software.” Manufacturers can prepare for the realities of tomorrow by securing the wireless network infrastructure they need to support robotics and autonomous apps today — a mobile wireless network that ensures operations never go down and data is never delayed.

Geoff Smith is an IIoT Strategist and Executive Vice President of Sales and Marketing for Rajant Corp.