By the year 2020, manufacturers are expected to invest more than $100 billion in IoT technology — and this investment will result in $11 trillion of annual value for the industry. Now is the time to position yourself to capitalize on this lucrative, data-driven future. 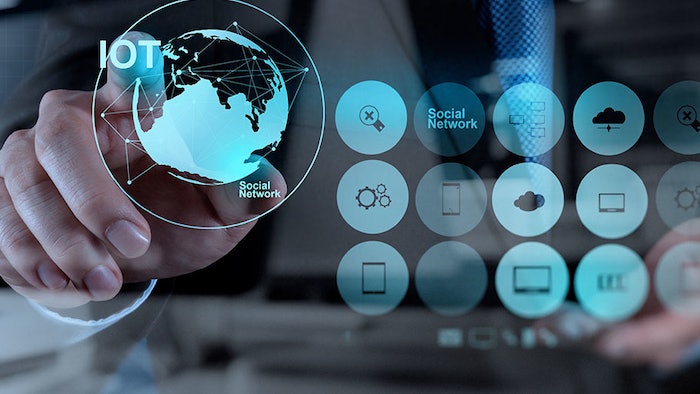 Fewer than 20 years ago, the only way to access the internet was to sit in front of a bulky computer connected to a specialized cord running into a specialized outlet. But now, as I'm sure you know, the internet is accessible almost everywhere through everything, a revolution broadly known as the Internet of Things (IoT).

The advent of IoT is transforming industries across the spectrum, but its impact is perhaps greatest within manufacturing sectors. Manufacturing has always relied on interconnected systems, but because of tech limitations, it has been possible to assess only the entire forest — not each individual tree.

IoT is changing this by connecting individual machines and subsystems to broader networks for the purposes of monitoring and data sharing. Instead of operating in the shadows, the impact each piece of the puzzle has on overall productivity, efficiency, and profitability is immediately apparent. To call this capability groundbreaking would be an understatement.

But, unfortunately, many manufacturers of all sizes and across all industries have been hesitant to embrace the full potential of IoT. That caution is prudent, but only when it’s based on complete and accurate information.

What Is Holding Back IoT in Manufacturing?

As with any new and transformative technology, there are bound to be some misconceptions about implementing and optimizing IoT in manufacturing.

The first and most significant is related to cost. Depending on the size of the manufacturing infrastructure, the investment necessary to fully take advantage of IoT can seem prohibitive — or even reckless — as the time required to realize ROI often appears impossible to forecast.

There is also the issue of disruption. Manufacturers wonder whether an IoT implementation will force them to temporarily suspend or scale back operations. The ongoing maintenance and monitoring of these new technologies becomes a giant question mark, and frequent network sunsets raise legitimate longevity concerns.

One final common hurdle to IoT adoption has to do with the culture of manufacturing itself. This is a sector that is used to incremental changes and is traditionally averse to experimental strategies. As a result, the seemingly overnight appearance of IoT capabilities is met with suspicion rather than enthusiasm.

Why IoT in Manufacturing Is Imperative

Rather than try to dismiss or explain away the above concerns, it’s helpful to focus on the unique benefits of IoT in manufacturing that counterbalance the equation.

The most significant has to do with the data generated from connected equipment. Dozens of metrics can be analyzed to optimize every aspect of the supply chain. Armed with this real-time information, maintenance can be performed predictively to limit downtime, the intervals that cost the global manufacturing industry upward of $600 billion per year.

Tracking is also greatly improved when manufacturers have both top-down and bottom-up perspectives on their processes. Loss, theft, and misuse can virtually be eliminated, giving resource managers much more accurate and in-depth views of their available resources. In an industry as capital-intensive as manufacturing, this proves to be a major asset.

Lastly, once an IoT infrastructure is up and running, it creates a number of substantial and unexpected business opportunities. Existing resources can be leveraged to generate new streams of revenue or maximize existing ones. Data monetization is a growing field that tech giants such as IBM are digging deeply into, helping manufacturers profit from the gigantic amounts of data they collect through IoT technology.

Because manufacturing relies on thin margins and operates within hypercompetitive markets, the only way to gain an advantage is to look for every possible process improvement. IoT enables that to an extent never possible before.

As more and more companies learn to leverage the intrinsic value of data, the holdouts are forced to operate from a position of weakness and vulnerability.

How Do You Know Whether You’re Ready?

Realizing that IoT adoption amounts to an “evolve-or-die” scenario is understandably jarring, particularly for companies that have been eager to dismiss it. However, now that you’re aware of the gravity of the situation, here are the answers to several questions you should be asking:

• Where do we start? The first step is to analyze your specific needs and identify the benefits of fulfilling them. That will shed light on the type of IoT implementation you require and the kinds of returns you can expect. Focus on both the application layer and your connectivity requirements, and be sure to prioritize solutions with long-term utility.

• Who is going to manage this? IoT is a tech solution with enterprise wide implications. Obviously, your IT team will play a central role, but input and oversight is also required from your product groups, financing department, logistics providers, and others. Create multifunctional management groups populated with a diverse range of stakeholders.

• How much will this cost? That will depend entirely on the size and scope of your implementation. The key is to get cost forecasts from experts over an extended timeline. Be aware, too, that costs and returns are closely linked. A threadbare implementation will often saddle you with unexpected costs down the road.

• What kind of ROI can we expect? Again, this will depend on the nature of your implementation. Operational savings can range anywhere from 10 percent to well in excess of 50 percent, and most implementations pay for themselves in less than five years. A thorough cost-benefit analysis will reveal more definite figures.

By the year 2020, manufacturers are expected to invest more than $100 billion in IoT technology — and McKinsey predicts this investment will result in $11 trillion of annual value for the industry. Now is the time to position yourself to capitalize on this lucrative, data-driven future.

John Horn is the CEO of Ingenu.