The Game, founded in 1986 by Neil Stillwell, owns manufacturing operations in Mexico, Honduras and El Salvador, and sourced a great deal of product from China and Vietnam. Amid a noticeable demand for a home-grown product, they decided to reconsider the cost picture of producing goods locally. 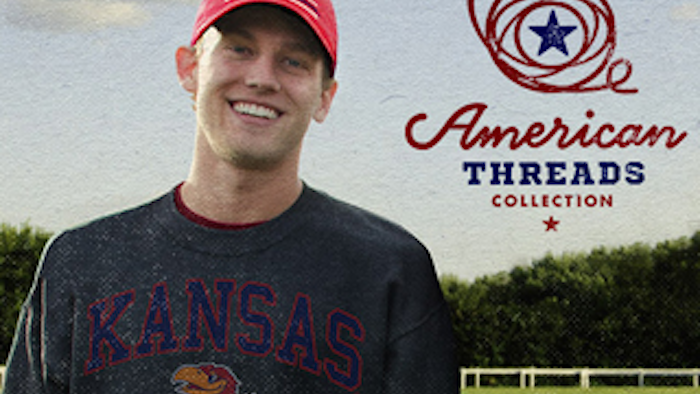 The Game, a Phenix City, Ala.-based manufacturer of sporting apparel for nearly a thousand collegiate baseball teams, recently announced a new line of American-made products — American Threads — to be manufactured in North Carolina. The company, founded in 1986 by Neil Stillwell, owns manufacturing operations in Mexico, Honduras and El Salvador, and sourced a great deal of product from China and Vietnam. Amid a noticeable demand for a home-grown product, they decided to reconsider the cost picture of producing goods locally.

Their reasons for spending so much time using outsourced manufacturing assets, according to Jeff Stillwell, the company’s current president, was the “usual suspects.” As many American companies found, there was an attractive combination of labor costs, skilled labor, raw material availability and transportation costs when sourcing material from low-labor-cost countries like China or other southeast Asian countries. It’s a familiar story, particularly in the clothing industry. And it’s one that’s on many minds as of late, in particular due to the notorious disasters that have befallen dangerous manufacturing operations in Bangladesh.

When it came to first looking into the business case of manufacturing in the U.S., Stillwell says, “Given what our country has been through over the past few years, we sensed a groundswell of demand for ‘made in the USA’ product.” Given that his company is producing apparel for what is generally considered an “American” sport — baseball — the demand for locally-produced apparel is understandable. Patriotism aside, athletes expect high quality from their clothing, and American-made is often most closely associated with some of the highest quality in the world.

Stillwell says that based on the current situation between American manufacturing and that in Asia, “We may be a bit ahead of the curve in the move back to the U.S. Though the cost gap is shrinking, it’s not ‘closed,’ but our sense of patriotism won out in the end. We’re glad to offer a made in the USA product line and we believe the cost sacrifice will not harm the business.” Still, he believes that gap is bound to close in the coming months, given the rising labor rates in Asia, increased competition cost and continued legislative posturing over unfair currency manipulation.

Textile manufacturing in the U.S. isn’t easy, and clothing is another story altogether. Many have said that the industry was dead — forever — and would continue to bounce between the next low-cost economy rather than ever return to the U.S. Stillwell says, “I think the general challenge with apparel manufacturing in the U.S. is that there is simply a price point where people walk away. An item manufactured in China may cost a consumer $18.99 — but if made in America, may cost $29.99. That’s often too large a price gap for consumers to bear.”

At The Game, Stillwell is actually finding a number of benefits due to manufacturing in the U.S. Yes, prices are higher, and those will be reflected in the retail price of these new products. But the company is manufacturing the line in non-union shops in North Carolina — very close to the company’s headquarters in South Carolina.

Stillwell says, “My favorite business benefit of the move was demonstrated just this past week. I left my office in Alabama mid-morning and was inspecting product in North Carolina by mid-afternoon. That is a far cry from a trip to Shanghai.”

The price gap is changing, too, and despite his company’s own experiment, Stillwell does believe that certain textile and apparel products will see an American-made resurgence. He says that U.S. labor costs are still quite high, particularly in comparison to those in Asia, but that for simple goods, like towels, labor costs are a small portion of the overall cost. Today, those labor-free products can often be automated with new equipment, mitigating most of the labor costs. In many situations, that makes American manufacturing a cost-friendly option, even, and that landscape may change for more complex textile-based products in the near future.

Finding exactly the right way to sell American-made goods is still a bit of a mystery as well. It’s one thing to slap a “Made in America” label on the packaging and hope consumers will respond, but The Game is trying out some different, more unique approaches in order to emphasize how the current line depends entirely upon a U.S.-based supply chain. Stillwell says his favorite slogans, which the company is testing out as it announces the product line, borrow from the “farm-to-fork” movement in the food processing world. “Cotton field to game field,” or, “from farmer to fan,” are among his favorites.

The American Threads collection will be available starting in the fall of 2013, which means the current initiative is still an experiment to The Game, and hasn’t yet been fully proven, despite that up-front demand for American-made goods. Stillwell isn’t quite ready to commit to manufacturing more of his company’s products in America, but he hopes it becomes a reality. Like any good businessman, he’s waiting to see where the dollars lay. He says, “Ideas are always great in theory, but until you see them successful in the cold, hard ‘real world’ there’s always a bit of anxiety.”