Where does your state rank?

To compile their rankings, the firms compared each state to the national average of 1,864.8 hours worked per year.

When looking at the states logging the most hours, at #10 is Mississippi, followed in descending order by Nebraska, Arkansas, South Dakota, Louisiana and Oklahoma.

At #4 is Texas, where the average person works 1,920 hours, and is followed by Wyoming and North Dakota.

At the other end of the spectrum, the state working the lowest number of hours, on average, is Utah, at 1,780.8 hours. It’s the only state averaging less than 1,800 hours worked/year.

A full list of states and their hours worked is listed below. 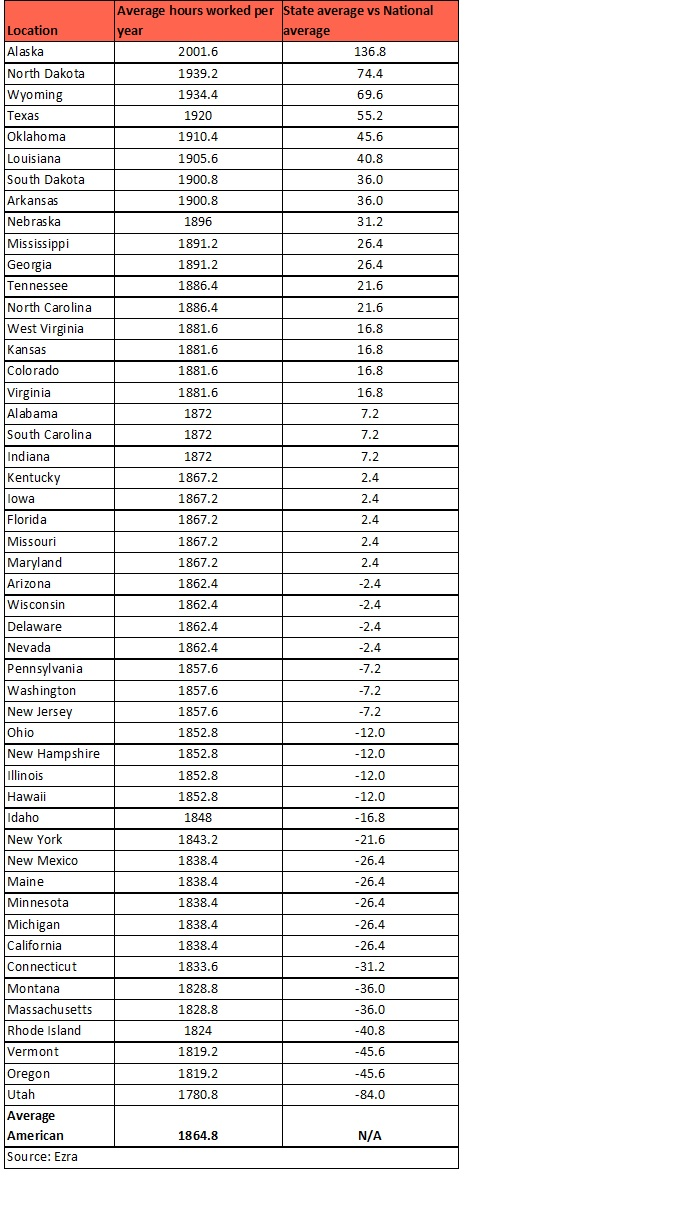