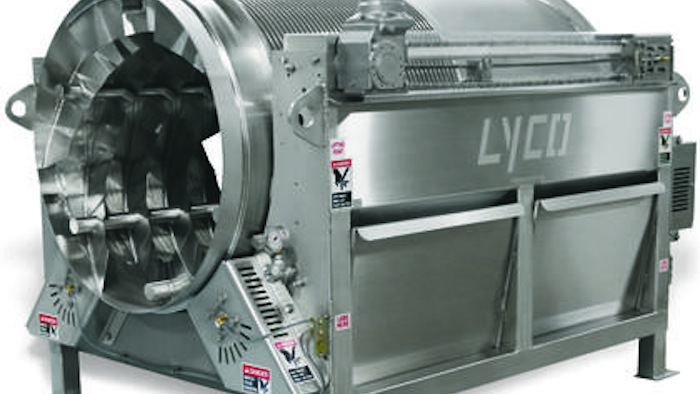 stages for foods ranging from vegetables to proteins such as beef or poultry. The Micro Drum Screen™ reduces BOD (Biochemical Oxygen Demand), TSS (Total Suspended Solids) and TKN (Total Kjeldahl Nitrogen). Production-run tests in a poultry processing facility show results of up to 24.4 percent reduction in BOD, almost 30 percent TSS and 14.79 percent TKN. In addition, processors can realize up to 30 percent savings on sludge removal and handling. Depending on the processing speed and type of mesh used in the screen, recovered material amounts can range from 600 to 1500 lbs/hour. The drum screen actually cleans itself with its own water. Operators can preprogram a cleaning cycle that lasts 5 to 15 minutes as needed, recycling its own water through the CIP system.