Going With The Flow — Digitally 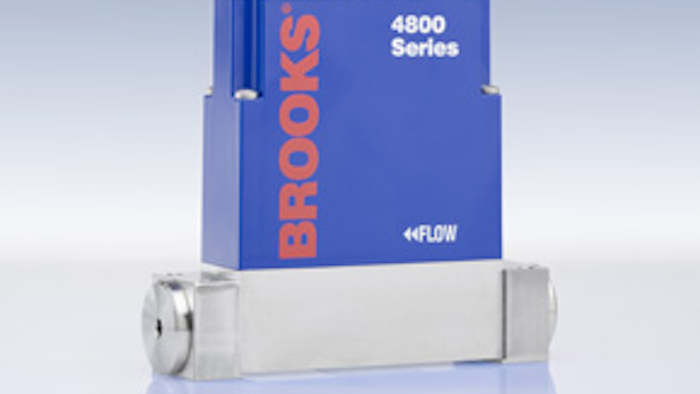 Brooks Instrument has developed new digital communications capabilities for its 4800 Series mass flowmeters and mass flow controllers. In addition to the analog and RS-232 communications, customers can now choose Profibus or RS-485, which is delivered in a small field-installable module that mounts directly on top of the 4800 Series device. The 4800 Series with: