The 777 Freighter is the world's largest, longest range and most capable twin-engine freighter. 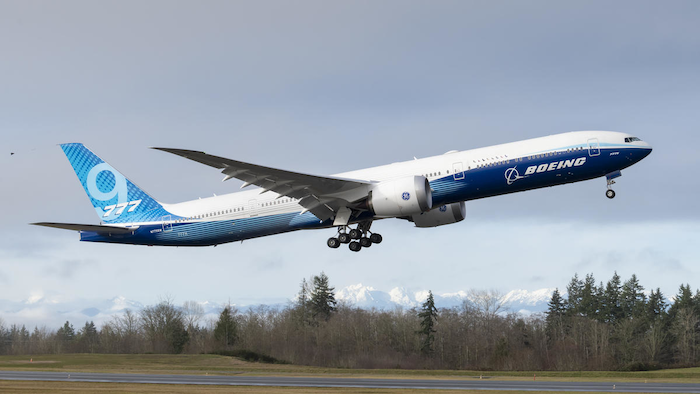 Pictured is the 777X jetliner which is based on the 777 and 787 Dreamliner.
Boeing

The freighters will be operated by Star Air, Maersk's in-house aircraft operator and is the company's first 777 order. Star Air currently operates an all-Boeing 767 Freighter fleet.

The 777 Freighter is the world's largest, longest range and most capable twin-engine freighter, according to Boeing.

The 777 Freighter is Boeing's top-selling freighter of all time. Customers have ordered more than 300 777 Freighters since the program began in 2005.