The announcement came two days after the company said Goldner was taking a medical leave of absence. 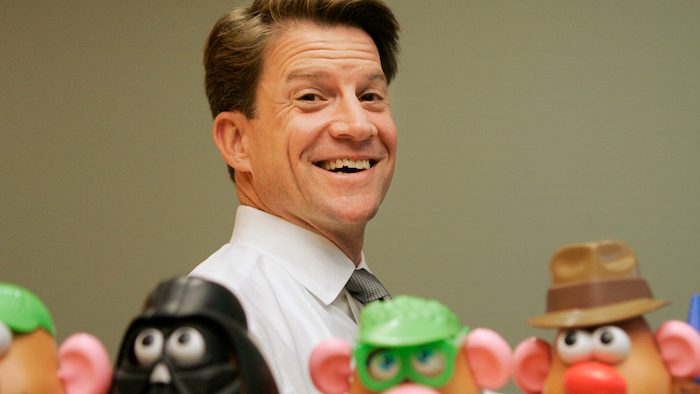 Brian Goldner of Hasbro stands next to some of the company's toy figures at its headquarters, Pawtucket, R.I., May 20, 2008.
AP Photo/Steven Senne, File

NEW YORK (AP) — Brian Goldner, who as CEO and chairman spearheaded Hasbro’s transformation from a toy company to an entertainment force, has died. He was 58.

Hasbro did not give a cause of death, but Goldner disclosed in August 2020 that he had been undergoing treatment for cancer since 2014.

Under his stewardship, Hasbro expanded beyond toys and games into television, movies, digital gaming and other areas. That strategy culminated with the 2019 acquisition Entertainment One Ltd., a British entertainment company that produces “Peppa Pig,” "PJ Masks” and other animated shows for preschoolers.

Goldner also served on the board of ViacomCBS.

Marc Rosenberg, a toy consultant who closely worked closely with Goldner as a marketing executive at Hasbro 15 years ago, said that Goldner was always interested in telling a story about toys and went to the archives to pull out such brands as My Little Pony, Transformers and the Littlest Pet Shop.

“His idea was to take brands that had been sitting dormant and reimagine them," he said. “He always said you have to have a story arc, whether it is toys or movies.”

When Hasbro announced Goldner's medical leave, it said that Rich Stoddart, most recently the lead independent director of the company's board, had been appointed as interim CEO. Stoddart was previously CEO at marketing company InnerWorkings Inc. and Leo Burnett Worldwide. He has served on Hasbro’s board since 2014.