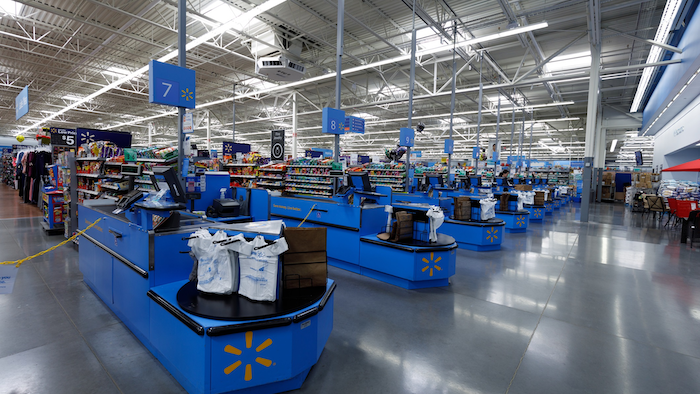 BERKELEY, CA—OCT. 6, 2021—Walmart Inc., the world’s largest company by revenue, agreed today at its sustainability milestone summit to reduce total virgin plastic use by 15% throughout the company’s plastic packaging footprint by 2025 following engagement with As You Sow. It agreed to set an absolute plastic reduction target in May following the filing of a shareholder resolution by As You Sow, but needed time to assess the size of the cuts.

The company told As You Sow it will work to achieve the plastic reduction through increased use of recycled content, elimination of unnecessary material, redesign of packaging, and exploration of reuse models. The company’s plastic packaging footprint includes private‐brand packaging, shopping bags, operational packaging, and eCommerce packaging. The reduction will likely approximate a 180,000 ton reduction out of 1.4 million metric tons of plastic packaging it used in 2020, according to its most recent environment, social, and governance report.

“The company has set a significant initial goal to reduce the use of virgin plastic,” said Conrad MacKerron, senior vice president of As You Sow. “We encourage other companies to step forward and make bolder, larger absolute cuts in overall plastic packaging. Reducing virgin plastic use is a good start, but cuts in total plastic use have a greater impact. We need hundreds of companies to make significant cuts in single-use plastic packaging if we are to make meaningful progress in reducing the flow of plastic wastes into oceans.”

Four other large companies — Keurig Dr Pepper, Mondelez International, PepsiCo, and Target Corp. — agreed to virgin plastic reductions earlier this year after the filing of shareholder proposals by As You Sow. Target and Keurig Dr. Pepper agreed to reduce virgin plastic in brand packaging 20% by 2025, Mondelez agreed to cut 5% by 2025, and PepsiCo agreed to a 20% cut by 2030.

Cumulatively, the reduction in use of virgin plastic announced by these five brands is likely to total more than 700,000 tons. As You Sow continues dialogue with Amazon.com and Kroger, among other large brands, seeking similar reductions. Forty-five percent of Kroger shareholders and 35% of Amazon shareholders supported proposals earlier this year asking the companies to study significant reductions in plastic use.

In a new report, “Corporate Plastic Pollution Scorecard 2021,” As You Sow analyzed the packaging practices of 50 large consumer goods companies, 18 companies — including Walmart — were identified as having announced, or planning to announce, a virgin plastic reduction goal by 2021. This was a notable nine-fold increase from 2019 when just two companies held these goals, demonstrating rapid corporate awareness of the importance of reducing overall plastic use. Walmart was among the second highest scoring companies in the report, preceded by top-scoring company Coca-Cola Co.

As You Sow’s efforts have been catalyzed by a 2020 landmark study by Pew Charitable Trusts, “Breaking the Plastic Wave,” which modeled actions needed to reduce 80% of the plastic pollution that flows into oceans by 2040. The report said immediate and sustained new commitments throughout the plastics value chain are needed, including actions by brand owners, consumer goods companies, and retailers to reduce at least one-third of plastic demand through elimination, reuse, and new delivery models.

The largest cut in overall plastic use to date by a major consumer goods company was a 2019 commitment by Unilever to cut virgin plastic use by 50%, including a total elimination of 100,000 tons of plastic packaging by 2025.