The employee said the company didn't take the matter seriously at first. 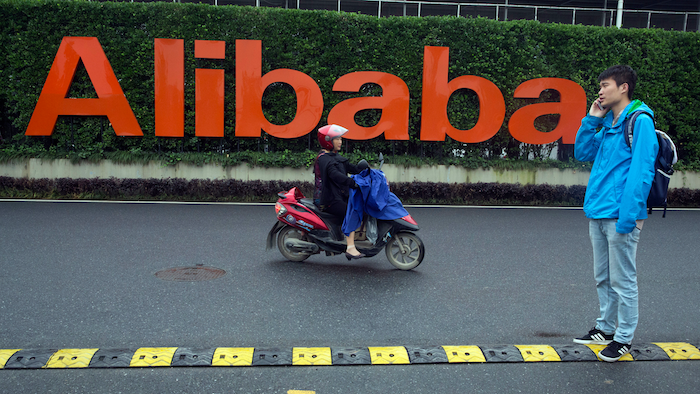 In this May 27, 2016, file photo, a man talks on his phone as a woman rides on an electric bike past a company logo at the Alibaba Group headquarters in Hangzhou in eastern China's Zhejiang province.
AP Photo/Ng Han Guan, File

HONG KONG (AP) — China’s largest e-commerce company, Alibaba, said Monday it fired a manager accused of sexual assault and pledged to strengthen its anti-sexual harassment policy, after a female employee accused the company of suppressing her report of the assault.

The unidentified female employee went public Saturday with an internal post detailing the alleged sexual assault by her manager and a client during a business trip, according to local media reports. She said she was forced to drink alcohol, that her manager sexually assaulted her in a hotel room while she was intoxicated and that she was also molested by the client while her manager turned a blind eye.

The employee said the company didn't take the matter seriously when she reported the assault, and that she was told the suspect would not be fired from the company, according to her post.

In a memo by Alibaba CEO Daniel Zhang made public Monday, he said the accused perpetrator — who works at its Neighborhood Retail business unit — confessed to “intimate acts” with the female employee while she was intoxicated. Zhang said the manager was fired because he was in serious violation of company policy. The manager was not identified.

“Whether he has committed rape or indecency that violates the law will be determined by law enforcement,” Zhang said.

Two other executives, namely the president of the Neighborhood Retail business unit and the head of the unit’s human resources department, resigned to take responsibility for mishandling the case.

“When the employee reported a horrendous act such as rape, they did not make timely decisions nor took appropriate action,” said Zhang. “As such, they need to bear responsibility as leaders.”

Alibaba’s Chief People Officer Judy Tong was also given a demerit on her record, as the human resources department “did not pay enough attention and care to our people.”

In the memo, Zhang pledged to expedite the formation of an anti-sexual harassment policy that has “zero tolerance for sexual misconduct.” He also said there will be trainings held for the company on the protection of employee rights and interests, and that a dedicated reporting channel will be established that will allow employees to file a report if they feel violated.

The company said Sunday that it was working with the police to investigate the incident. Jinan police said in a Weibo post that they were investigating a case involving the violation of a female Alibaba employee.

Alibaba was lambasted by official media for taking action only after the victim went public with the allegations.

“The public is asking why the company is slow to responding to the incident which took place on July 27,” an editorial from state-owned media outlet Global Times said. “Alibaba could not offer an answer that satisfies public opinion for this ham-handed inaction.”

The scandal comes just a few months after regulators fined Alibaba a record $2.8 billion for anti-monopoly behavior as the government cracks down on the technology sector following years of unchecked market growth.

The global #MeToo movement against sexual harassment has in recent years also grown in prominence in China, with accusations made against several academics, a TV anchor and celebrities, although convictions are few and far between.

In a recent case, celebrity Kris Wu was arrested in Beijing on suspicion of rape after a Chinese influencer accused him of forcing girls to drink alcohol and then sexually assaulting them.

In 2018, e-commerce firm JD.com’s founder Richard Liu was arrested in the U.S. and accused of raping a Chinese undergraduate student, although U.S. prosecutors later did not press charges against him.