The struggling startup hopes to begin producing its electric pickup this fall. 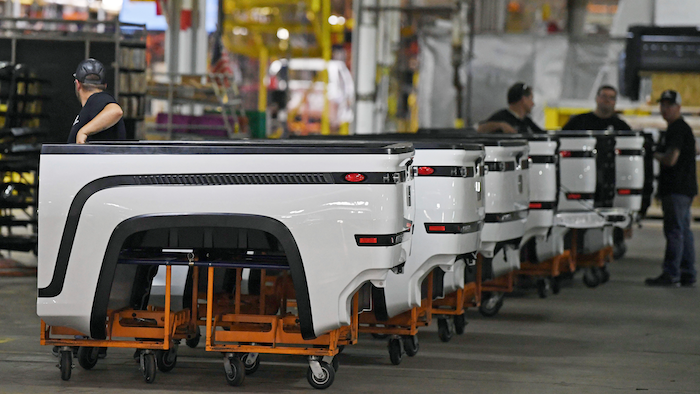 In this June 22, 2021, file photo, employees stand near Endurance truck beds during a media tour of the Lordstown Motors complex in Lordstown, Ohio. Lordstown Motors, an Ohio company that has come under scrutiny over the number of orders it claimed it had for the electric trucks that it wants to produce, acknowledged that it has received two subpoenas from federal regulators and that prosecutors in New York have opened an investigation.
AP Photo/David Dermer, File

LORDSTOWN, Ohio (AP) — Lordstown Motors has received an investment of up to $400 million as the struggling electric truck maker continues to push toward production of its new pickup this fall.

The Ohio company, which has been under scrutiny over the claims it has made about the number of orders it has received for its trucks, said in a filing Monday with the Securities and Exchange Commission that hedge fund YA II PN Ltd agreed to to buy up to $400 million worth of its shares over three years.

Shares of the company, which are down more than 60% this year, were flat Monday.

Lordstown’s operations have been under increasing scrutiny in recent months after the company said it had no firm orders for its vehicles just after saying it had enough to maintain production through 2022. The company’s CEO and chief financial officer resigned.

Lordstown acknowledged receiving two subpoenas from federal regulators earlier this month related to the company’s merger with DiamondPeak, a special purpose acquisition company, and that prosecutors in New York also had opened an investigation.