63% of Workers Who File EEOC Discrimination Complaints Lose Their Jobs

And about 40% of workers report experiencing employer retaliation. 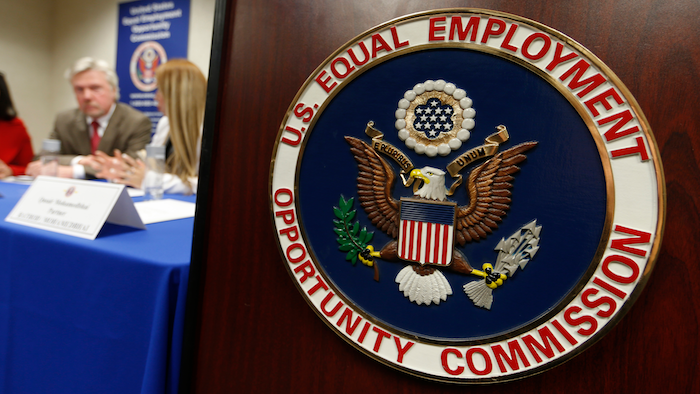 That’s our main finding after analyzing the outcomes of 683,419 discrimination cases filed with the U.S. Equal Employment Opportunity Commission from 2012 to 2016 – the most recent data available. We focused on workplace complaints filed related to race, sex, disability, age and national origin. Those are the five most common categories.

We found that at least 63% of workers who filed a complaint eventually lost their job. That number was even higher for workers who filed a disability-related claim, at 67%. And about 40% of workers reporting experiencing employer retaliation, such as verbal abuse or being passed over for work opportunities like training or promotion, for filing a claim. At 46%, employer retaliation was most common for sex discrimination cases.

Moreover, the complaints themselves rarely led to a successful outcome for the workers who filed them. Our analysis found that legal redress in the form of negotiated or mandated changes in workplace practices occurred in only 7% of all cases. Workers received monetary awards in 12% of the cases – with a median payout of only US$8,500.

These patterns may explain why only a fraction of people who believe that they have experienced discrimination at work actually file a complaint. Legal standards to prove discrimination to the EEOC or in court are quite high, and the burden of proof falls largely on the employee.

Low rates of discrimination claim filing may also suggest that people see the legal route as dangerous with low chances of success. Enduring discrimination on the job and proving it in court or to the government are quite different things.

Lawmakers have been debating measures to beef up protections for workers for years, such as the Paycheck Fairness Act, a bill aimed at wage discrimination, or paying workers doing the same job differently based on their sex, race or national origin. Besides increasing pay transparency, the bill would shift more of the burden of proof to the employer.

While we believe passage of this legislation would be a good step to encourage more workers to report discrimination, our research shows that increased protections should be applied to all types of discrimination. But giving workers the protection from discrimination that we feel they deserve likely will require stronger enforcement efforts and stiffer penalties for employers who break the law.

This article is republished from The Conversation under a Creative Commons license. Read the original article here: https://theconversation.com/63-of-workers-who-file-an-eeoc-discrimination-complaint-lose-their-jobs-163048.