The investigation centers on the Kumtor gold mine, which accounts for more than 12% of the nation's economy. 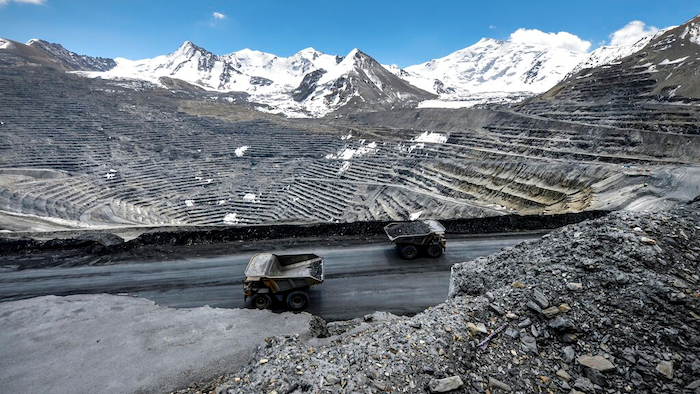 The Kumtor gold mine, Kyrgyzstan, May 28, 2021.
AP Photo/Vladimir Voronin

MOSCOW (AP) — Kyrgyzstan’s security services have detained a former prime minister in connection with an investigation of corruption involving the huge gold mine that is the country’s largest taxpayer.

A statement from the State Committee for National Security didn't give details of the potential charges against Omurbek Babanov, who was prime minister in 2011-12.

Kyrgyz media reported that Asylbek Jeenbekov, a brother of the former president, also was detained Monday in the case.

The investigation centers on the Kumtor gold mine, which has long been a controversial operation in Kyrgyzstan because of alleged environmental violations and strong sentiment that the government should nationalize it.

In early May, the parliament passed a law allowing the state to take control of the mine for three months from its Canada-based operator Centerra and a court levied a $3 billion fine for environmental claims.

The mine accounts for more than 12% of the former Soviet Central Asian country’s economy, according to Centerra.