One was titled, "Natural Gas: Your Invisible Friend." 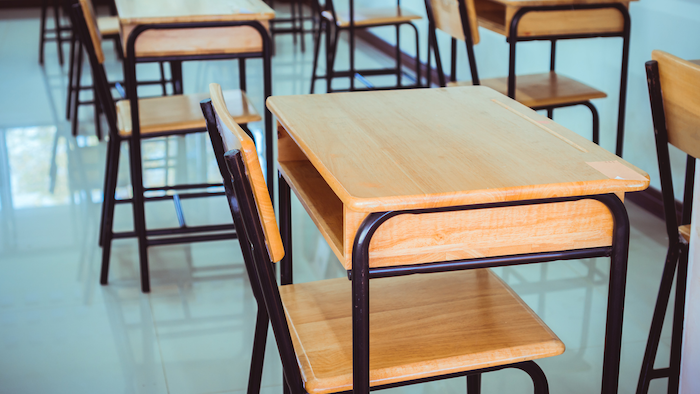 CAMBRIDGE, Mass. (AP) — The father of a Cambridge, Massachusetts, elementary school student said Monday he was shocked when he pulled two activity booklets from his son’s backpack that had been distributed at his school, including one titled: “Natural Gas: Your Invisible Friend.”

Both were published by the energy utility Eversource and paint a rosy picture of the fossil fuel.

An inside page of one of the booklets declares “Natural Gas Is Great," and encourages students to connect speakers like a popcorn plant manager and a bus rider to statements like “it's a safe, clean, efficient fuel to use in our plant,” and “I like the fact that while I commute to work I am using a natural gas vehicle that reduces harmful air pollutants.”

Both booklets carry the Eversource logo on their covers and also include natural gas safety tips, like keeping paper towels away from gas stoves.

Gleb Bahmutov, a 41-year-old software engineer, said he was disturbed to learn that the booklets in his nine-year-old son's backpack had been distributed to him and other students attending the Tobin Elementary School.

Bahmutov said he was not only surprised the school was giving out material from a company, but was angered that the booklet painted natural gas in such glowing terms with no mention of the wider impact of fossil fuels on the climate or of the option of renewable forms of energy.

“Eversource is not a company that should be publishing activity books,” Bahmutov said. “It sounds like propaganda and I was born in the Soviet Union, so I don’t use that term lightly.”

The decision to distribute the booklets from Eversource to elementary school students was a mistake, the city’s school superintendent said Monday.

Cambridge schools regularly receives resources from organizations including businesses and has an established practice of reviewing materials before distribution to students and families, according to Cambridge School Superintendent Kenneth Salim.

“The distribution of a booklet from Eversource at the Tobin Elementary School was an error and did not go through this review process as expected,” Salim said in a written statement. “CPS cares deeply about climate change and energy efficiency.”

As part of the curriculum, Cambridge public school students learn about climate change and environmental issues in various grades and content areas, Salim said. Cambridge has also invested in energy efficient construction and has energy efficient plans for upcoming new construction, including at the Tobin building, he added.

Eversource is committed to keeping their customers safe and providing natural gas safety information — including developing books to help raise awareness about the importance of natural gas safety at home, company spokesperson William Hinkle said in a statement.

“There are different versions of the book based on grade level that date back to 2011, and they undergo periodic updates. We provide them upon request to various schools within our gas service territory in Massachusetts and Connecticut,” he said.

“We recognize and agree that these materials can be improved, and moving forward, we will work to include climate change information in future educational materials, as well as continue to provide important natural gas safety tips,” Hinkle added.

For the past two decades, Cambridge has publicly staked out a position warning of the effects of fossil fuels on the climate. In 2002, the city adopted a “climate protection plan” with the goal of reducing greenhouse gases.

In 2009, the City Council approved a resolution aimed at increasing the city’s responses to the climate crisis.

Teachers nationwide who have tried to educate themselves about climate change have been deluged with online information from a range of outlets, including climate change doubters, lesson plans developed by the oil industry, and other sites with misleading or outdated information.