The Interior Department cancelled sales through June amid a review of how the program contributes to climate change. 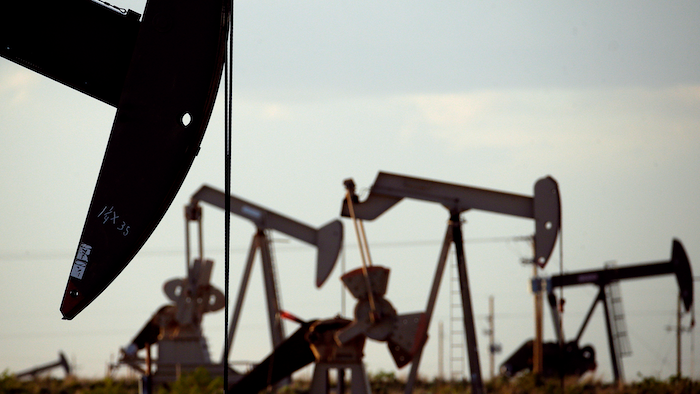 BILLINGS, Mont. (AP) — The U.S. Interior Department is cancelling oil and gas lease sales from public lands through June amid an ongoing review of how the program contributes to climate change, officials said Wednesday.

The action does not affect existing leases, and the agency has continued to issue new drilling permits during the open-ended review ordered by the White House, said Nada Culver, deputy director of Interior’s Bureau of Land Management.

The petroleum industry and its Republican allies in Congress have said the oil and gas moratorium will harm the economies of Western states without putting a significant dent in climate change. There is no end date for the review, but an interim report due this summer could reveal the Biden administration’s long-term plans for lease sales.

Officials had previously postponed or suspended lease sales in the Gulf of Mexico, Alaska's Arctic National Wildlife Refuge and many of the same states covered in Wednesday's move.

Biden on Jan. 27 ordered Interior officials to review if the leasing program unfairly benefits companies at the expense of taxpayers and its impact on climate change. Federal courts have blocked prior leases in several western states following lawsuits from conservation groups that said climate impacts and other environmental problems from drilling were ignored.

The burning of oil, gas and coal from government-owned lands and waters is a top source of U.S. emissions, accounting for 24% of the nation’s greenhouse gases. Oil and gas account for the biggest chunk of human-caused fossil fuel emissions from federal lands following a drilling surge under former President Donald Trump.

The federal government took in about $5 billion last year in royalties and other payments on oil and gas from federal lands, according to the Office of Natural Resources Revenue. Much of that money goes back to the states where drilling occurred.

The leasing ban is only temporary, although officials have declined to say how long it will last. And it’s unclear how much legal authority the government would have if it tried to stop drilling on about 23 million acres (9 million hectares) onshore and offshore that were previously leased to energy companies.

Thirteen states sued in federal court in Louisiana last month to try to force the resumption of sales, arguing the sales are required to be held regularly under federal law. Wyoming officials filed a separate suit in their state.

Another legal challenge against the administration is pending from oil and gas industry groups, also in federal court in Wyoming. On Tuesday, a coalition of 21 conservation and Native American advocacy groups represented by the environmental law firm Earthjustice sought to intervene in that case in support of Biden.

Earthjustice attorney Michael Freeman said the administration was within its legal authority to suspend a program overdue for reform.