“Nothing less than the fate of Oklahoma hangs in the balance.” 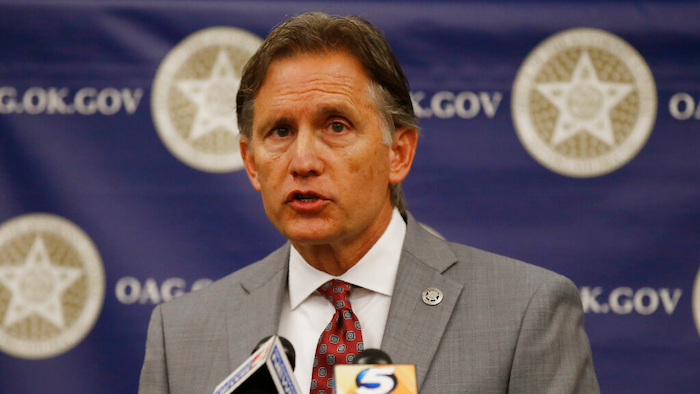 OKLAHOMA CITY (AP) — Oklahoma has asked the state Supreme Court to order Johnson & Johnson to pay more than $9.3 billion to cover the entire anticipated cost of combatting the state's opioid crisis, arguing in its appeal that a lower court’s award wasn’t enough.

Attorney General Mike Hunter made the request Monday, saying a court order last year that the pharmaceutical giant pay $465 million for its part in the oversupply of highly addictive painkillers would be sufficient to cover only one year of the state’s abatement plan.

The company appealed Cleveland County District Judge Thad Balkman's order in December 2019 and the state appealed in January. The company has argued the award should be reduced to offset pretrial settlements between the state and two other drugmakers, while the state has maintained that $465 million isn’t enough to abate the crisis.

“Nothing less than the fate of Oklahoma hangs in the balance,” attorneys for the state told justices in an appeal brief.

Hunter contends the judge erred because the “undisputed” evidence showed the crisis would take 20 years to abate, according to The Oklahoman. His team of attorneys is asking the state's high court to require Johnson & Johnson to pay $9,300,534,220 “to provide complete relief.”

The appeal brief presented an alternative plan: that Johnson & Johnson be ordered to pay $465 million every year for 20 years “or until the trial court determines the crisis has been abated, whichever comes first.”

The attorneys also asked the Supreme Court to uphold the judge’s finding that Johnson & Johnson is to blame for the state’s opioid crisis.

“Enough is enough. As Oklahomans have continued to suffer and die, all eyes are now on this case,” attorneys for the state said. “The State of Oklahoma cannot — and will never — abate this crisis unless the Judgment is affirmed.”