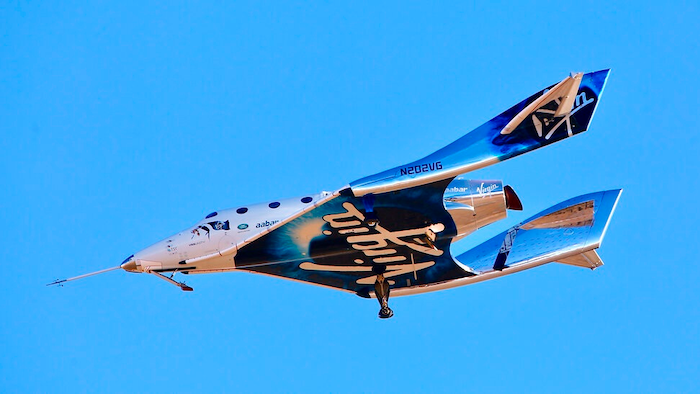 LAS CRUCES, N.M. (AP) — Virgin Galactic has been selected to provide regular access to flights for NASA payloads as the space agency conducts more research and development and plans for future exploratory missions.

NASA announced the partnership Monday, saying the flight and integration services will benefit the agency’s Flight Opportunity program managed out of Edwards, California.

Virgin Galactic joins a few other companies with similar commercial contracts with NASA. The agency said in a statement that the contracts are worth a combined $45 million and will involve flying payloads on flights that provide reduced gravity and high altitude environments that will help with testing the technologies.

Virgin Galactic is preparing for its first test space flight from Spaceport America in southern New Mexico. After public health restrictions forced a delay last month, the company announced Tuesday that the window for the test flight will open again on Dec. 11.

During the planned flight, elements of the customer cabin will be tested while upgraded horizontal stabilizers and flight controls will be assessed. The flight also will carry payloads as part of NASA's Flight Opportunity program.

NASA has been using commercial platforms early and often through the program. The effort is aimed at speeding up development and demonstrating key space technologies on commercial flight providers such as Virgin Galactic's SpaceShipTwo.

Since 2011, the program has provided opportunities to fly more than 700 payloads.

As for Virgin Galactic, commercial flights are expected to begin in 2021.