Trump faced pressure to stop the Pebble Mine project from a major GOP donor, the CEO of Bass Pro Shops, and his eldest son. 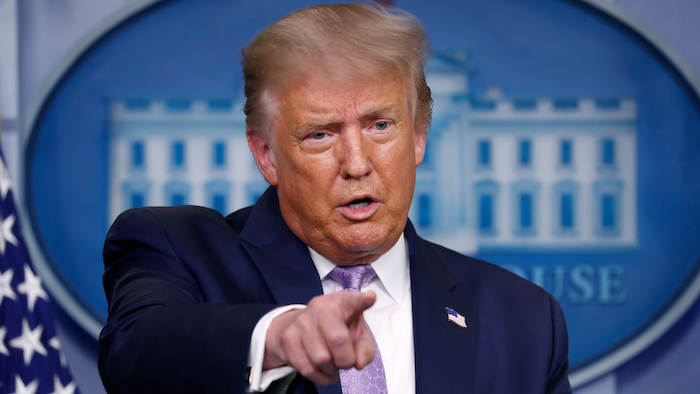 The Trump administration plans to block a proposed copper and gold mine near the headwaters of a major U.S. salmon fishery in Alaska, six people described as familiar with its plans told Politico on Saturday.

The administration's rejection of the Pebble Mine project is expected to come after Trump faced pressure to stop it from GOP mega-donor Andy Sabin, Bass Pro Shops CEO Johnny Morris and the his eldest son, Donald Trump Jr., Politico reported.

“With any government, whether it be Obama or Trump, nothing is certain until it happens, and that’s just the nature of this beast,” Sabin, who has spoken with the president about the proposed mine, said in an interview with Politico. "But I’m fairly certain that you’re going to get good news.”

On Thursday, a spokesman for the project said a decision on whether it should proceed could still be weeks away as work continues on a wetlands mitigation plan. Mike Heatwole, with the Pebble Limited Partnership, told The Associated Press that the company is working with the U.S. Army Corps of Engineers to finalize the plan. The agency did return messages seeking comment Saturday.

“We firmly believe that the implication pushed by Politico that the White House is going to kill the project is clearly in error, likely made by a rush to publish rather than doing the necessary diligence to track down the full story," Collier said in a statement. “We categorically deny any reports that the Trump Administration is going to return to an Obama-like approach that allowed politics to interfere with the normal, traditional permitting process. This president clearly believes in keeping politics out of permitting – something conservatives and the business community fully support."

The head of one of the nation's biggest environmentalist groups said he believes the Trump administration will stop the project.

“Pebble Mine has always been the wrong mine in the wrong place,” Collin O’Mara, president and CEO of the National Wildlife Federation, said in a statement, “This decision marks a key step to save Alaska’s Bristol Bay — the world’s most important salmon fishery which supports more than 14,000 jobs — from billions of gallons of toxic tailings inevitably leaching into its pristine waters. Stopping Pebble Mine was the right decision by the Obama administration in 2014 and we thank the Trump administration for making the right decision today."

Politico reports that three officials say the Army Corps of Engineers office in Alaska plans to hold a conference call on Monday with groups connected to the proposed mine to discuss the decision. Politico says an administration official confirmed the call.

The report of a decision to stop the project comes despite an environmental review the developer of the Pebble Mine saw as strongly in its favor.

The corps’ final environmental review of the project in southwest Alaska, released in late July, stated that under normal operations, the alternatives it looked at “would not be expected to have a measurable effect on fish numbers and result in long-term changes to the health of the commercial fisheries in Bristol Bay.” The corps stressed the review was not a decision document.

Pebble critics had blasted the corps’ review as deficient, while the Pebble Limited Partnership, which is seeking to develop the mine and is owned by Canada-based Northern Dynasty Minerals Ltd., saw it as a laying the groundwork for approval.

Pebble critics saw last-minute public support for their cause from Donald Trump Jr. and Nick Ayers, a former aide to Vice President Mike Pence and a senior adviser to the Trump campaign, who promoted the conservation angle. Collier has played up the president’s efforts to promote development.

“Every other major project developer and investor in the world is watching whether this administration delivers on its promise to eliminate political influence from permitting,” Collier said in early August.

The mine, long a source of controversy and litigation, was seen by many as getting a second wind under the Trump administration. The U.S. Environmental Protection, under the preceding Obama administration, proposed restricting development in southwest Alaska’s Bristol Bay region, which it described as supporting the largest sockeye salmon fishery in the world and containing significant mineral resources. Salmon also is a key part of the culture of Alaska Natives who call the region home.

But the agency never finalized the restrictions and, under the Trump administration, allowed the Pebble partnership to go through permitting.

Pebble lauded the shift, arguing its project should be allowed to be vetted through a permitting process and not pre-emptively vetoed. Mine critics, however, feared politics were getting in the way of science.