Regulators Fast-Track 1st US Vanadium Mine

The rare metal has been used to strengthen steel, aluminum and titanium in the construction, auto, aerospace and computer industries. 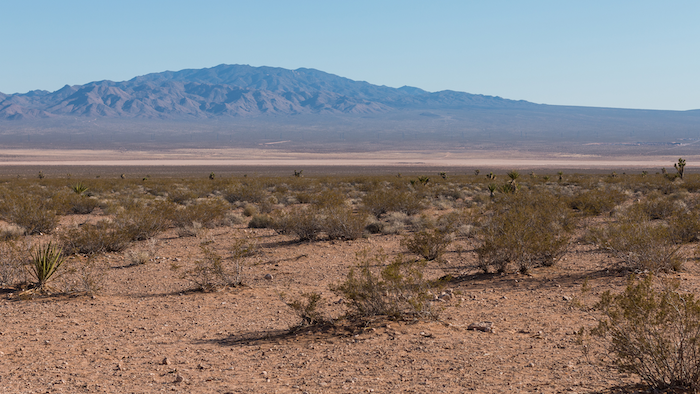 The rare metal has been used as an alloy to strengthen steel, aluminum and titanium in the construction, auto, aerospace and computer industries but must currently be imported — primarily from Austria, Canada and Russia.

The Bureau of Land Management said in announcing plans earlier this month for the mine’s expedited review that U.S. dependence on foreign vanadium “creates a strategic vulnerability for both the economy and military to adverse government action or other events that can disrupt the supply of this key mineral.”

Henry Ford is credited with the first commercial application of vanadium when he used it to toughen the steel in the frame of the Model T in the early 1900s.

Vanadium has been extracted in small amounts in the U.S. but only as a minor byproduct of other mining operations, mostly uranium mines in Utah.

China produces more than half the world's vanadium but consumes most of it domestically. China's recent move toward adopting standards for construction rebar metal rod standards as tough as those in the U.S. is a driving force in increased demand for the material valued for its high strength-to-weight ratio.

The Nevada Vanadium Co. plans to mine about 10 million pounds (4.5 million kilograms) a year, or about half of the overall U.S. demand, on 10 square miles (2,589 hectares) land owned by the Bureau of Land Management about 200 miles (321 kilometers) east of Reno.

The Canadian-based company with an office in the tiny community of Eureka near the mine site plans also plans to extract about 50,000 pounds (22,679 kilograms) of yellow cake uranium annually, a concern to environmentalists who aren't worried about vanadium.

Environmental reviews for large mines can take years under normal regulatory schemes. But Bureau District Manager Doug Furtado is expecting a decision in about 12 months.

“If approved, this project would provide hundreds of jobs and will contribute to the nation’s domestic source of critical minerals,” Furtado said.

Expedited review is allowed under Trump’s 2017 order directing the interior and commerce secretaries to develop a to protect and expand commercial access to critical minerals.

The final list of the 35 designated minerals issued in May 2018 included vanadium, aluminum, lithium, magnesium, platinum, tungsten and uranium.

“Without them, the nation’s economy would grind to a halt, and the technological edge maintained by the Armed Forces and intelligence community would erode,” the agency said.

Nevada Vanadium Co. began developing plans for the mine five years ago. It submitted a management plan to the bureau in 2018.

In addition to Chinese construction standards, demand is being driven by development of a unique vanadium flow battery showing promise for meeting future energy storage needs.

Ron Espell, Nevada Vanadium’s vice president for environment and sustainability, said vanadium mines historically have been cost-prohibitive in the U.S. because of the poor quality of deposits.

Vanadium produced as a byproduct at uranium mines is especially impure, as is vanadium produced during the oil refining process. China extracts vanadium during steel slag production, but the resulting emissions are extremely high and far above what's legal under the U.S. Clean Air Act, Espell said.

“It’s all about the purity and it never pencils out economically,” he said. “This one is unique. It’s in the 98 to 99% percent pure range. It makes our project very attractive.”

The mine would employ up to 120 construction workers starting as early as next year, followed by up to 120 mine employees.

Environmentalists are concerned that the mine could hurt wildlife, including the imperiled greater sage grouse.

“Groundwater contamination in this area from uranium mining could spell catastrophe for the biodiversity there,” said Patrick Donnelly, Nevada director of the Center for Biological Diversity.

Uranium mining hasn't occurred in Nevada for years, Donnelly said. He said Nevada has a “troubled history with the nuclear industry," from atomic weapons detonations at the Nevada Test site to proposals to dump nuclear waste at Yucca Mountain.

“Nevadans are going to be very wary of foreign mining companies inserting our public lands into the nuclear supply chain," he said.