He Xiangjian, the founder of appliance maker Midea Group, is China’s fourth-wealthiest person. 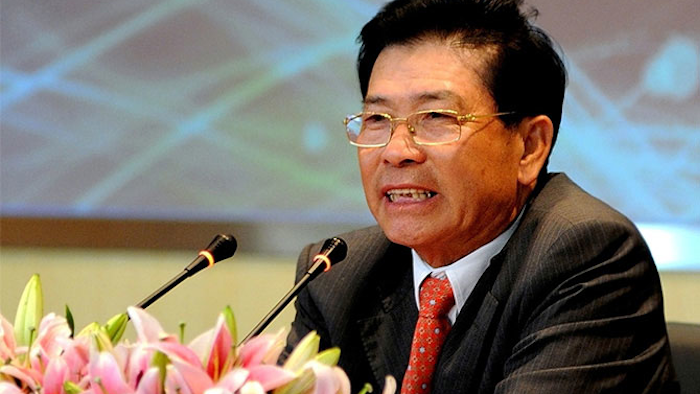 BEIJING (AP) — The billionaire founder of the world’s biggest appliance manufacturer, Midea Group, was held hostage by intruders in his home in southern China but was rescued by police, news reports said Monday.

Police received a call Sunday evening that intruders had broken into a home in Foshan, near Hong Kong, the Foshan police department said on its social media account. It said five suspects were arrested early Monday.

The police statement identified the victim only by the surname He, but the business news magazine Caixin, the newspaper Beijing News and other outlets said it was He Xiangjian, Midea’s 78-year-old founder.

Midea thanked police in a statement on its social media account but gave no confirmation He Xiangjian was involved. Phone calls to Midea’s press office weren’t answered. A man who answered the phone at the Foshan police headquarters said he couldn’t talk about the case.

The police statement said the crime occurred at the Junlan Life Village, which Caixin said is a neighborhood of villas built by Midea.

He is China’s fourth-wealthiest person, with a net worth of 180 billion yuan ($25 billion), according to Hurun Report, which tracks the country’s wealthy.

Midea grew out of a workshop set up in 1968 by He and other residents of Beijiao, a village that now is part of Foshan.

He stepped down from operations of the company in 2012 but has a seat on the board of directors. His son, He Jianfeng, also is a director.