The car parts maker alludes the move is part of its pivot to supporting ongoing business around vehicle electrification. 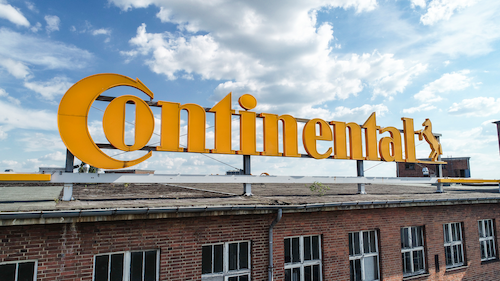 Car parts maker Continental AG on Tuesday shared more details on previously announced plans to restructure its overall business, with moves including spinning off its powertrain unit and booking a $2.8 billion write-down amid softening car demand.

The Hannover, Germany-based company said it will fully spin off its powertrain business, which it formally rebranded as Vitesco Technologies on Oct. 1. Commenting on the divestment, Continental said "The company is thus taking the offensive and tackling the accelerating trend toward powertrain electrification," while also reacting to unpredictable conditions for a potential partial IPO in 2020, which it had originally considered.

In August, Continental said it would begin phasing out production of components for internal-combustion engines because of an accelerated fall in demand.

Upon shareholders' approval, the spinoff is expected to take effect some time in 2020 post-April.

"In the coming year, our powertrain business should be given the independence and flexibility it needs for further growth," Continental CEO Dr. Elmar Degenhart said in a press release Tuesday. "We firmly believe that, in this way, Vitesco Technologies can continue on its promising and profitable course for the future and assume a leading role in the dynamic market environment for drivetrain technologies."

Continental previously announced Sept. 24 that company restructuring will affect up to 20,000 jobs worldwide over the next decade out of its 244,000 total positions. About 15,000 jobs will be affected by the end of 2023, including an unspecified number of job cuts. The company noted that changes may also result from the possible sale of parts of the business and from jobs being transferred to other company locations, or to technologies such as electric mobility.

That restructuring includes plans to close a hydraulic brake systems plant in Henderson, NC that employees 650 people, while discussions would begin soon about closing an engine hydraulic components plant in Newport News, VA that employees 740 people.

"Considering the unresolved trade disputes, the unclear situation regarding Brexit, and declining markets, we did reasonably well in the third quarter from an operational standpoint. Continental CFO Wolfgang Schäfer commented on the Q3 results. "We do not anticipate that global production of passenger cars and light commercial vehicles will experience any material improvement in the next five years, so we have revised our assumptions for the medium-term market development accordingly."

Continental said that the revised market outlook led to the $2.8 billion write-down impairment of goodwill, which was applied to the company's fiscal Q3.

Tuesday's news comes less than a week after Continental announced the grand opening of its new tire plant near Clinton, MS, which is expected to begin production in early 2020 and employee 2,500 when it reaches full capacity in the next decade.