Better Batteries To Beat Global Warming: A Race Against Time

One of the key technologies that could help wean the globe off fossil fuel is probably at your fingertips or in your pocket right now: the battery. 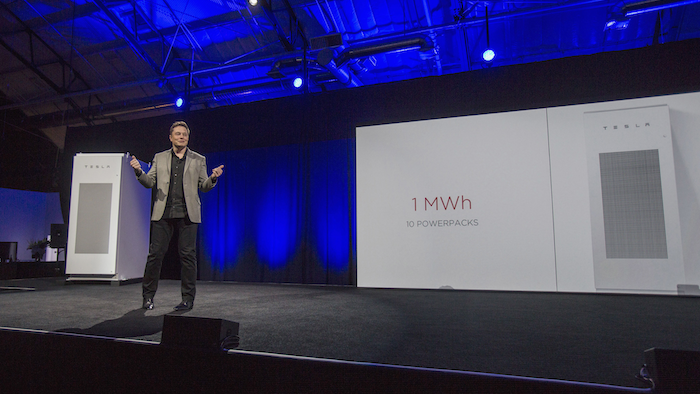 WASHINGTON (AP) — One of the key technologies that could help wean the globe off fossil fuel is probably at your fingertips or in your pocket right now: the battery.

If batteries can get better, cheaper and store more power safely, then electric cars and solar- or wind- powered homes become more viable — even on cloudy days or when the wind isn't blowing. These types of technological solutions will be one of the more hopeful aspects of United Nations climate talks that begin next week in Paris.

"If you are serious about eliminating combustion of fossil fuels to power anything — a house, a city, a state — you can't do it without (energy) storage," which usually means batteries, said Carnegie Mellon University battery expert and inventor Jay Whitacre.

Former Vice President Al Gore, former U.S. Geological Survey chief (and current editor-in-chief of the journal Science) Marcia McNutt and others point to better batteries as one of the bright spots in the fight against climate change.

While batteries have been around for more than 200 years, this year the technology has amped up.

In October, an international team of scientists announced a breakthrough in overcoming major obstacles in next generation energy storage and creating a battery that has five to 10 times the energy density of the best batteries on the market now. In September, Whitacre won a $500,000 invention prize for his eco-friendly water-oriented battery. And in April, Elon Musk announced plans for his Tesla Motors to sell high-tech batteries for homes with solar panels to store electricity for night time and cloudy day use, weaning the homes off dirtier power from the burning of coal, oil and gas.

"The pace of innovation does seem to be accelerating," said JB Straubel, chief technical officer and co-founder of Tesla with Musk. "We're kind of right at the tipping point where the current performance and lifetime of batteries roughly equal that of fossil fuels. If you are able to double that, the prospects are huge."

At its massive Nevada Gigafactory, Tesla has started producing powerwalls to store energy in homes. They can't make them fast enough for customers worldwide.

In November, a Texas utility announced it was giving wind-generated electricity free to customers at night because it couldn't be stored. That's where Tesla hopes to come in — not just in cars, but in homes. Within 10 years, Straubel figures it will be considerably cheaper (and cleaner) to get energy through wind and solar power and store it with batteries than to use coal, oil or gas.

"What has changed is the Gigafactory," said Venkat Srinivasan, deputy director of the Joint Center for Energy Storage Research at the Lawrence Berkeley National Lab. "Two years ago I didn't think anyone would have thought you'd invest $5 billion in a big (battery) factory.'"

Tesla is using existing technology, just mass producing and marketing it. That's one of two key changes in the field. The other is work to make the battery itself much more efficient.

Start with that lithium ion battery in your pocket. It was invented by John Goodenough, a professor at the University of Texas. His next task is a safer battery that uses sodium, a more plentiful element that can produce a faster charge.

"Now I hope to help free yourself from your dependence on fossil fuels," he said on the same October day he was awarded part of a $1 million innovation-in-alternative-fuels prize from Israel.

"I believe in the next year there will be a breakthrough," he said. "I'm hopeful, but we're not there yet."

Glenn Amatucci, director of the energy storage research group at Rutgers University, called it "a race against time. Every day and every hour is critical in terms of getting an advance."

But Goodenough is in a special hurry, working more than eight hours a day on his battery: He's 93.

There are many teams around the world working on breakthrough batteries of different types. One of the most promising materials is lithium oxygen, which theoretically could store five to 10 times the energy of a lithium ion battery, but there have been all sorts of roadblocks that made it very inefficient. Then, last month a team led by Clare Grey at the University of Cambridge announced in the journal Science that they had, on a small scale, overcome one obstacle so that its efficiency could compete with lithium ion batteries.

The potential gains in this technology are high, but it is still at least seven to 10 years from commercial availability, Grey said.

At Carnegie Mellon and Aquion Energy, Whitacre is honing a water-oriented battery with sodium and carbon. Others are looking at magnesium.

"It's an ongoing revolution," Straubel said. "It's a critical piece in the whole puzzle in how we stop burning fossil fuels completely."