Holcim And Lafarge Will Sell Some Assets To Complete Ddeal

Holcim and Lafarge have agreed to sell cement plants, distribution terminals and other assets in order to complete their merger, which will make the world's largest cement company. 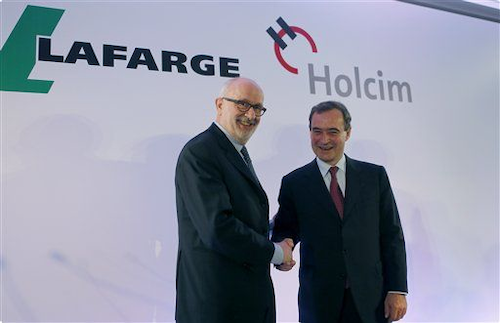 NEW YORK (AP) — Holcim and Lafarge have agreed to sell cement plants, distribution terminals and other assets in order to complete their merger, which will make the world's largest cement company.

In order to gain FTC backing for the deal, Lafarge will sell its Continental Cement business along with a cement plant, a quarry and some distribution assets, while Holcim will sell several cement plants and distribution terminals.

The companies did not say how much revenue they receive from the businesses that are being divested. Lafarge said Denver-based Summit Materials Inc. would buy one cement plant in Iowa and seven terminals along the Mississippi river for $450 million.

Most of the assets are in the U.S., but one cement plant and two terminals are in Canada. The FTC said it worked with the Canadian Competition Bureau in evaluating the deal.

European regulators also required the two companies to sell off some assets, including businesses in Europe, Canada, Brazil and the Philippines. The companies said CRH PLC agreed to pay about $7.3 billion for those assets.

Holcim Ltd. is based in Switzerland and Lafarge SA is based in France. The companies hope to complete their combination in July.