The families of 52 people killed in crashes caused by faulty General Motors small-car ignition switches will receive millions in compensation from a company fund. The new total, which is one more than last week, was posted Monday on an Internet site by compensation expert Kenneth Feinberg. 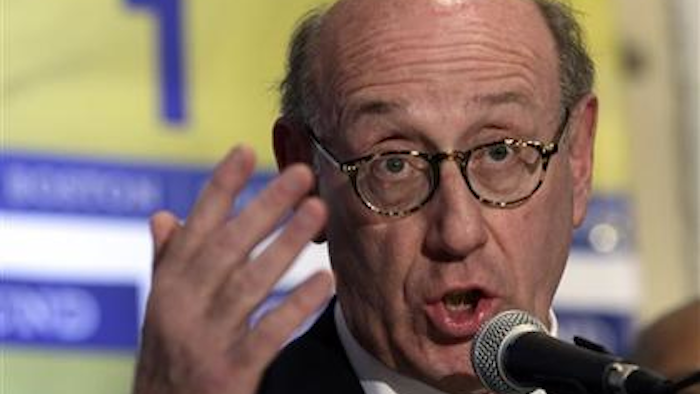 DETROIT (AP) — The families of 52 people killed in crashes caused by faulty General Motors small-car ignition switches will receive millions in compensation from a company fund.
The new total, which is one more than last week, was posted Monday on an Internet site by compensation expert Kenneth Feinberg.
Each death claim is worth at least $1 million under guidelines established by Feinberg, who was hired by GM to handle claims and make payments.
As of Friday, the fund received 4,237 claims for deaths and injuries. In addition to the death claims, Feinberg has deemed 79 injury claims eligible for compensation. The deadline for filing claims was Jan. 31, and another 57 claims arrived last week that were postmarked by the deadline.
Camille Biros, deputy administrator for the fund, said Monday she expects only a few more claims to arrive in the mail.
GM was aware of faulty ignition switches on Chevrolet Cobalts and other small cars for more than a decade, but it didn't recall them until 2014. On 2.6 million of them worldwide, the switches can slip out of the "on" position, causing the cars to stall, knocking out power steering and turning off the air bags.
Of the total, Feinberg's office has determined that 501 are not eligible, largely because they were the wrong models or the air bags did not deploy.
Another 1,016 claims lack information, while 1,143 more are being reviewed. Another 1,446 were submitted with no documentation, according to the Internet posting. All of those will be given the chance to submit more documentation.
Biros said the number of death and injury claims granted by the fund is likely to rise, but she would not estimate by how much. She says it likely will take until late spring to sort through all of the claims. The firm has 75 to 100 people working on the claims, she said.
Those who agree to payments give up their right to sue the automaker.
Initially, GM had said at least 13 people had died in crashes caused by the switches, but the company has always said the toll would rise. Legislators have estimated that at least 100 people were killed.
Last year GM set aside $400 million to make payments, but conceded that could grow to $600 million. The company's chief financial officer told analysts earlier this month that those numbers have not changed. GM has placed no cap on the amount of money he can spend, Feinberg has said.
Latest