Dunkin' Donuts To Remove Chemical From Its Powdered Sugar

Dunkin' Donuts agreed to remove a whitening agent from its powdered sugar formula following an appeal from a California environmental group. 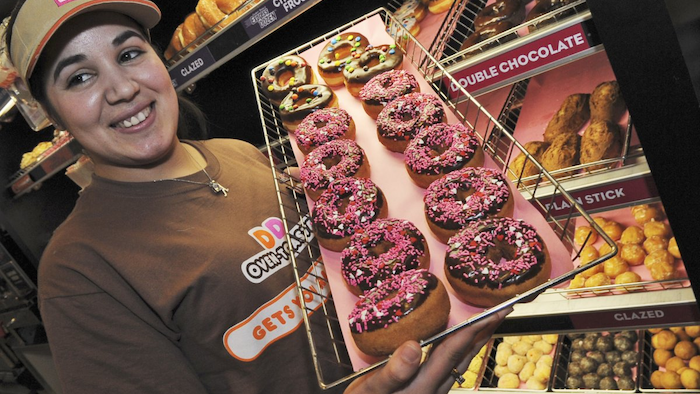 Dunkin' Donuts agreed to remove a whitening agent from its powdered sugar formula following an appeal from a California environmental group.

As You Sow, based in Oakland, originally filed a shareholder request over the coffeehouse chain's use of titanium dioxide and other nanomaterials; the group alleged those substances haven't undergone sufficient safety testing and could be linked to DNA damage and other health concerns.

The group said it would withdraw its request and commended the Massachusetts-based company for demonstrating "strong industry leadership."

"Engineered nanomaterials are beginning to enter the food supply, despite not being proven safe for consumption," said As You Sow President Danielle Fugere. "Dunkin' has made a decision to protect its customers and its bottom line by avoiding use of an unproven and potentially harmful ingredient."

Dunkin' Donuts said it would make the change, although it argued titanium dioxide "does not meet the definition of 'nanomaterial' as outlined under FDA guidance."