Court Rules GM Is Shielded From Death Claims By Bankruptcy

A federal judge ruled Wednesday that a 2009 bankruptcy order shields General Motors from billions of dollars in death and injury claims tied to defective ignition switches in older small cars. 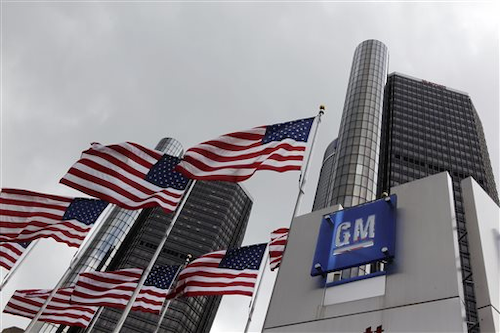 But Judge Robert Gerber in New York, who handled GM's government-funded bankruptcy case six years ago, also ruled that plaintiffs who claim a loss in the value of their cars can still sue General Motors Co., but only for company actions that happened after it left bankruptcy in July of 2009.

The ruling is at least a partial victory for GM, with one plaintiffs' attorney saying it shields the company from $7 billion to $10 billion in potential legal liabilities. But it also leaves open the possibility of costly claims for decreased values of cars.

In 2009, Gerber allowed "new GM" to emerge from bankruptcy protection free from liabilities of the company before bankruptcy. But the plaintiffs recently argued that GM misled the court six years ago because it knew about but failed to disclose the ignition switch problem. The switches, which can slip out of the run position and cause cars to stall unexpectedly, are now linked to at least 84 deaths.

Lawyers for plaintiffs in more than 140 lawsuits had argued that their clients never got a chance to dispute the bankruptcy order and were never notified of the bankruptcy because GM concealed the defective switches.

But the new GM contended that when it bought assets from old GM, the new company got them "free and clear" of liabilities before the bankruptcy.

Texas attorney Robert Hilliard, who represents multiple wrongful death and injury plaintiffs in lawsuits against GM, said the ruling cuts off court options for victims in crashes that happened before GM left bankruptcy protection in July of 2009.

"Hundreds of victims and their families will go to bed tonight forever deprived of justice," he said. "GM, bathing in billions, may now turn its back on the dead and injured, worry free."

Most of the cars with faulty switches were sold before new GM left bankruptcy protection, and many of the crashes happened before the new company was formed.

GM said Wednesday that the judge ruled properly that claims based on the conduct of old GM are barred, and that the judge's order "doesn't establish any liability against GM, and the plaintiffs must prove the merits of their claims."

However, Seattle attorney Steve Berman, one of the lead lawyers for those claiming that GM's actions on the ignition switches caused their car values to drop, said the ruling clears the way for his clients to sue the new GM. "We believe that new GM's misconduct was in fact present in the sale of millions of defective vehicles - a truth that we believe new GM knew and chose to conceal," he said.

Berman also said they will appeal Gerber's ruling that bars claims against new GM for misconduct by old GM.

Gerber wrote in his 138-page opinion that at least 24 people who worked for old GM knew about the ignition switch problem, and the company at the time had enough information to be required by federal law to issue a recall. But he wrote that there's no indication that GM's bankruptcy attorneys had any knowledge of the problem.

GM is still liable for legal claims from crashes caused by the switches after it emerged from bankruptcy. The company also has set aside at least $400 million and hired attorney Kenneth Feinberg to compensate those killed or injured in crashes — no matter when they happened. So far Feinberg has determined that families of at least 84 people who died and another 157 injured people should be compensated.